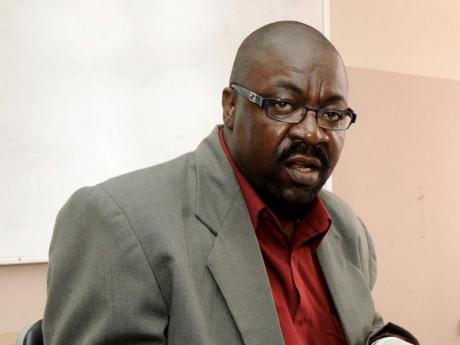 The police last night declared aid would be sought from international partners as a probe continues in relation to the seizure of a machine which can make ammunition as well as thousands of warheads.

Head of the Constabulary Communication Network, Deputy Superintendent of Police Steve Brown, said during an interview on CVM Television that a team comprising the police and Customs officials discovered 3,300 warheads and the machine in a barrel on the wharf yesterday.

Brown said the team also recovered items which can be used to make rounds of ammunition.

He said the police have launched a search for a Manchester man who they believe can assist in the probe.

Meanwhile, he described the seizure as a major success for law enforcement and added that it would have a massive impact on the illicit weapons trade.

"It's the first we are seeing something like this," Brown noted.

"(Gun) ranges have applied over the years to get machines like this but the government would never allow it. It can be dangerous if it gets into the wrong hands."

Brown said Customs agents were carrying out routine checks yesterday when they became suspicious of a barrel.

He said the police were called in, the barrel was then opened and the contraband found in it.