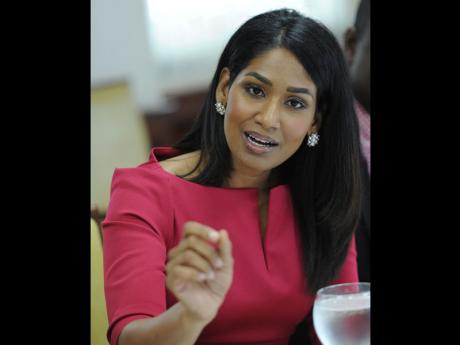 YOUNG JAMAICANS face similar problems, irrespective of whether they live in corporate or rural areas, the Minister of Youth and Culture Lisa Hanna said last week.

To commemorate November as Youth Month, Hanna has been travelling across the country to inspire and engage young people, informing them about developments in the National Youth Policy.

On Saturday, she visited Highgate, St Mary, and found the problems young people faced were almost identical to those aired by teenagers, she met during consultations in Kingston a week earlier.

Hanna told The Gleaner: "Whether you come from St Mary, Clarendon, St Elizabeth or Montego Bay, the issues are pretty much the same.

"Young people say they want a good standard of living; access to capital; to own their own homes; a family; and to look nice, because many of them are into fashion and want to have and do things that make them feel good as a young person, and these issues are not exclusive to Highgate."

Hanna's consultations have helped her ministry engage hundreds of young people over the past few weeks, suggesting the outreach strategy has been effective.

Hanna explained: "A lot of rural youths and other communities sometimes don't get the opportunity to come to the ministry to access programmes.

"One of these programmes is what we call 'Pon Di Corner Reasonings' where, instead of waiting on young people to come to us, we go directly to them in areas that are not on the radar screen of mainstream Jamaica.

"This is how we let the young people know about the programmes we have through the National Youth Service and the National Centre for Youth Development, which will continue for another five or six months after Youth Month."