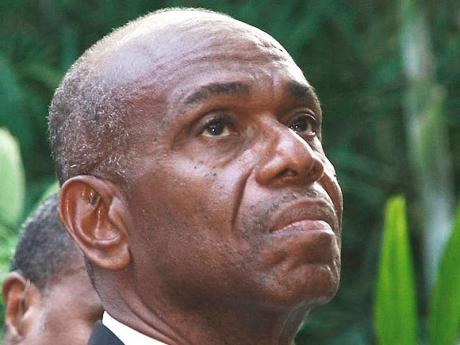 Some time ago, Anne Shirley, after being thoroughly frustrated by the inaction which met her repeated appeals to the local powers that be, published articles in The Gleaner and Sports Illustrated stating that Jamaica's anti-doping body had several deficiencies that needed to be addressed with urgency.

Later, she was supported by Dr Paul Wright, who questioned the short time of the WADA audit and, in an effort to underline the seriousness and urgency of the situation, posited that what we have seen so far with respect to adverse test results "may be the tip of the iceberg".

Both Ms Shirley and Dr Wright have been intimately involved in our drug-testing programme and have shown themselves to be avid, genuine supporters of Jamaican sports. Their words and actions expose a fervent belief that a robust anti-doping regime, recognised as such worldwide, can only redound to the benefit of Jamaica and its athletes, since the high probability of finding the cheats would be acknowledged and would help to engender more confidence and trust in Jamaica's athletic results.

However, they have been criticised roundly and soundly, debased even, by all and sundry, for having the audacity, the temerity to question the status quo as it relates to our sacred-cow sports. Many were too quick, perhaps, to dismiss the substance of what they were saying, forgetting the old Jamaican idiom, 'Wen fish kohm frahm riba batam se haligeta dong de, biliib im.' (When fish comes from the river's bottom saying alligator is down there, believe him.)

WADA, in its recent meeting in Canada, confirmed that Jamaica had dropped the ball. This is what Ms Shirley and Dr Wright had been saying all along. The WADA president went on in an interview aired on Prime Time Sports (15/11/13) http://www.televisionjamaica.com/Programmes/PrimeTimeSports.aspx/Videos/... to state that Jamaica had agreed that it had dropped the ball but had promised to pick it back up by carrying out certain WADA recommendations - some of the very things that our two unsung heroes, our stalwarts had been trying so desperately to get implemented.

Neither had said that JADCO was not compliant. Of course, it is not in the best interest of WADA or the IAAF to see Jamaica stumble or fall. Track and field would be the worse for that. Hence, I suspect, to increase the probability of that not happening, the much-shortened audit period noted by Dr Wright.

I believe that, among other things, JADCO is expected to do certain critical types of out-of-competition testing which WADA and the IAAF would find very difficult to do.

Lack of funds has been a perennial complaint of JADCO. One of the benefits of the airing of the problems at JADCO by Ms Shirley and Dr Wright is that JADCO is poised to receive more funding, including the promise from international bodies to assist us in this area.

Without self-belief, we will self-destruct. When will Jamaica achieve the self-esteem, the self-belief, to listen to its own, to acknowledge its own not only when they provide pleasure but also when what they say or do causes discomfort and pain?

Proper quality control at times involves the bringing to light of unpleasant things so that they may be corrected before they cause a catastrophe, a calamity, a crisis. Jamaica needs to reach that place which allows for critical analysis of self so that we can self-correct without needing to be told that we must by outside forces (WADA, IMF, etc.).

We seem still so steeped in the belief that foreign is better. We seem so firmly entrenched in the camp of those who affirm that a prophet is not without honour, save in his own land.

We need to learn to look at the substance of what is said and approach it critically, without this heavy, emotional cloud. In that way, Jamaica will progress much more quickly and smoothly and without the vast waste of psychological energy.

I salute Ms Shirley and Dr Wright for their courage, fortitude, persistence, and initiative.