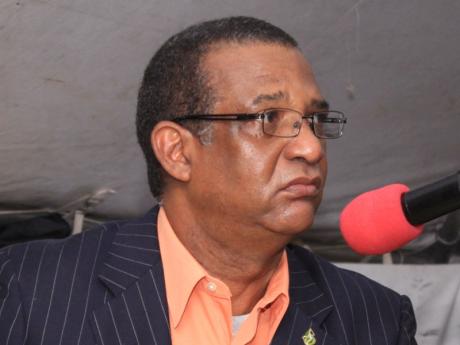 There was a chilling warning yesterday from senior law-enforcement personnel and a top security consultant that the seizure of bullet-making machines, along with over 3,000 warheads, at the ports on Thursday could be an indication that criminal elements are preparing for an onslaught.

Up to late yesterday, investigators probing the incident said they were following several leads, but confirmed that the two machines and 3,300 warheads seized were destined for the criminal underworld.

Investigators also confirmed that the barrels in which they were hidden were shipped from the United States and were consigned to Oneil Schrouder, a Mandeville man who has been listed as a person of interest.

Sources close to the investigation have revealed that the machines are used primarily to make and/or reload ammunition for the 9mm handgun, the firearm of choice among criminals and gun enthusiasts locally.

Noting that the confiscated items were "not something the average criminal can afford", one high-ranking law-enforcement officer cautioned that it points to a sinister plot by those involved in organised crime.

"We are fighting a war … and this (the seizure) tells the public what is happening in our society," said the law-enforcement officer, who spoke on condition of anonymity.

"Three thousand three hundred warheads. … That could have been 3,000 lives. So if you look at it in that way, you see how significant this find is," the law enforcer continued.

Up to the middle of this month, there were 1,056 reported murders this year, a nine per cent increase when compared to the corresponding period last year.

While agreeing that the items seized could have been destined for the criminal underworld, security consultant Robert Finzi-Smith argued that it could also be the work of an "enterprising businessman".

"Could this be the beginning of an assault [by criminals]?" Finzi-Smith questioned. "Or could it be that some enterprising businessman believes that they can make some money from this?"

Either way, Finzi-Smith said this development raises troubling concerns about the way ammunition are accounted for in Jamaica.

Shortly after noon on Thursday, X-ray machines at the wharves detected something unusual in a barrel in one of the containers, which was searched and the cache found.