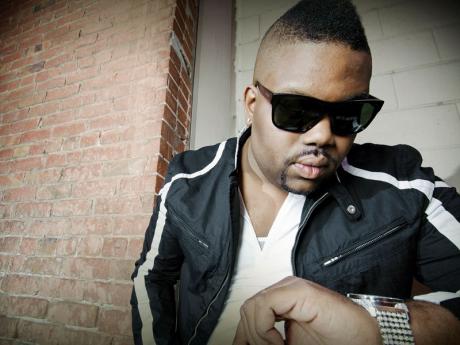 Amidst a full roster of activities for the Yuletide season, reggae/dancehall act Collin Edwards, better known as DeMarco, is currently in the studio immersed in working on material for his upcoming album.

Still untitled, the proposed compilation will mark the singer's official album debut, despite emerging on the scene six years ago with hits such as Fallen Soldiers, I Love My Life and True Friend, among a cadre of others.

Alluding to the album and the lengthy timeline, DeMarco says he wants to veer from the norm, but still provide an offering that fans and the wider populous will musically appreciate. The album will adopt an alternative/reggae format.

"I want to provide fans with something exceptional that will transcend time and geographic boundaries. I am not a fan of disposable music, hence I believe as a musician, it is extremely important to take the time and effort to mould each record on the album in the best way I possibly can. If people are going to buy this, it's only fair that they receive their money's worth," he told The Gleaner.

He continued, "I want when someone downloads or puts my album into their player, they can listen the entire compilation from start to finish without having to skip a song because it's perceived as a sub-par effort."

When questioned as to why he decided to put out a reggae album instead of a dancehall one, DeMarco said that reggae was more global.

"This is the first of two albums. Reggae is more global than dancehall, so you want to ensure that your first effort can meet the masses. Also, I am more appreciated for my reggae tracks. Dancehall fans will not be left out, however, as plans are already in place to release a dancehall album later on," he said.

The compilation will consist of 13-15 tracks and will feature a number of collaborations with accomplished American and local superstars, all of whom are recipients of Grammys and other international accolades.

The album is set for release in 2014 and will be exclusively produced by DeMarco. The singer is known for producing some of the biggest projects in dancehall over the last decade, namely: Mission Rhythm, Shoot Out Rhythm, Side Walk University Rhythm, Gang War Rhythm, March Out Rhythm and Warning Rhythm, among others.

Meanwhile, DeMarco is now gearing up for a series of performances in Belize, The Bahamas and Zimbabwe.

Heading into the new year, he will be launching a new party series dubbed 'Fren Circle'. The event will take the format of a fortnightly gathering. DeMarco and his team are also working on two new series which will hit the local television scene in the new year.

DeMarco was recently nominated for an Urban Music Award in the category of Best Reggae Act. The award show took place last Friday in London, England.