'Change how school boards are selected' 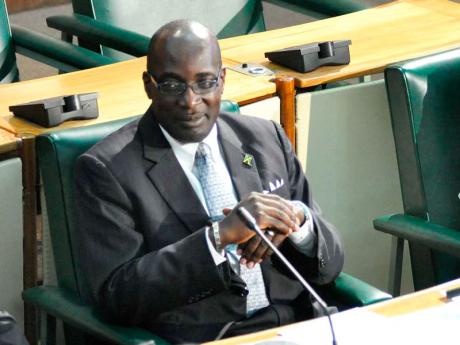 OPPOSITION SENATOR Ruel Reid has called for a change in how school boards are selected.

Reid, who last week joined the legislature, said a major contributor to poor performance in many government-owned schools is the ineffective governance.

"The notion of Members of Parliament (MPs) believing that they must ultimately make the decision on school boards have not served very well, and frankly, I would rather the MPs have nothing to do with appointments to school boards because the key lies specifically in good governance," Reid said.

The senator made the comments during an interview with The Gleaner following the National Parent Teacher Association of Jamaica (NPTAJ), Annual Conference held at the Jamaica College auditorium on Saturday.

Opposition Leader Andrew Holness, during his tenure as Minister of Education, instituted a new policy for how schools boards are selected. He said, the Member of Parliament for the constituency in which a school is located as well as representatives of the Jamaica Teachers' Association (JTA) and the Parent Teachers' Association (PTA) will elect the school board chairman along with other members.

Reid, who was an adviser to Holness, said the effective functioning of any school lies in effective leadership.

"From my own experience, all the top schools that were underperforming, was as a result of boards that were dysfunctional and one of the mistakes the Ministry (of education) makes and the society, is the belief that the minister runs the school," declared Reid, who is also principal of Jamaica College.

"The ministry sets policies but administratively it is at the local level that the integral decisions must be made, so logically if you do not have a strong governance, we will continue to face all these problems that we are having in our schools," Reid said.