Gay, but not happy: J-FLAG disappointed with PM's unfulfilled promise, though she remains best hope 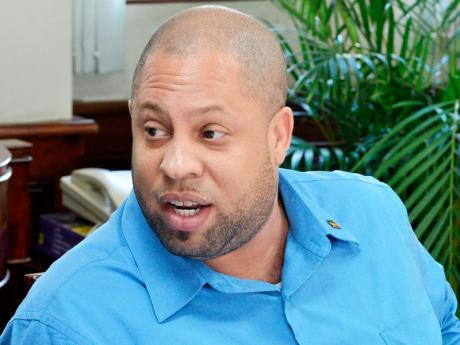 Even as gays frown on Prime Minister Portia Simspon Miller's dawdling in the fulfilment of her promise to review the buggery law, they remain convinced that Jamaica's first female head is still their best hope of legislating the much-needed change for the lesbian, gays, bisexual and transgender (LGBT) community.

It has been two years since Simpson Miller, then the opposition leader, commanded riveting attention from members of the LGBT community, when she boldly promised that she would facilitate a conscience vote in Parliament on the controversial issue. Simpson Miller's response in the 2011 leadership debate appeared to be one up on the then prime minister, Andrew Holness.

But today, the issue remains one of several election promises made on the night of the verbal clash with Holness that is yet to be fulfilled.

Dane Lewis, the executive director of the Jamaica Forum for Lesbians, All-Sexuals and Gays (J-FLAG), acknowledged that the question posed to both leaders had placed Holness at a distinct disadvantage.

"It couldn't have been said by anyone else other than a woman at that time, so she was the best person," he told a Gleaner Editors' Forum yesterday.

Added Lewis: "She (Simpson Miller) is still the best person to lead on it, but it's just unfortunate that she hasn't made any more pronouncements until she is pressed by the media fraternity on the issue."

Lewis asserted that in 2011, gays were gleeful, not just because Simpson Miller promised a review of the buggery law, but also because of a promise that she wouldn't bar anyone from her Cabinet on the grounds of sexual orientation.

"If I had felt sufficiently comfortable where I was at the time, I would have jumped and screamed," declared Lewis.

The question on sexual tolerance, asked in the lead-up to the December 2011 general election, was sparked by the controversial "not in my Cabinet" statement of former Prime Minister Bruce Golding in 2008.

A clearly irritated Golding was, on May 20, 2008, responding to a persistent line of questioning from BBC's 'Hardtalk' host Stephen Sackur, with respect to the prospects of homosexuals playing a role within the executive arm that he once led.

This has not gone down well with Lewis, who said Simpson Miller still has a chance of redeeming herself.