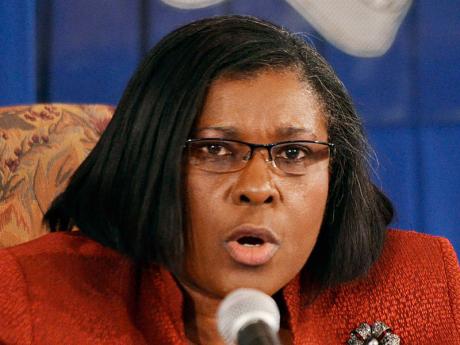 BURDENED WITH a $300 million operating deficit, the Housing Agency of Jamaica (HAJ) is struggling to turn the agency towards profitability.

A crisis of leadership also currently facing the HAJ is not making it any easier for the agency to take on its challenges.

Permanent Secretary in the Ministry of Transport, Works and Housing Audrey Sewell told Parliament's Public Administration and Appropriations Committee (PAAC) yesterday that the current acting managing director, Rosemarie Brown, had tendered her resignation and would demit office on December 11.

The committee was told that another five senior managers had tendered their resignations.

Sewell told the committee that a new organisational structure, which was informed by a new business model, was being reviewed by the Ministry of Finance. She said a proposal was on the table in terms of leadership succession.

The executive of the HAJ yesterday appeared before PAAC to give an account of the housing agency's stewardship.

PAAC Chairman Edmund Bartlett wanted to know what plans the management had to erase the huge operating deficit.

"I want us to tie down this issue of how are we going to deal with that $300-million deficit. It determines whether or not you can continue to operate, especially against the background of these heavy accounts payables that you have here of over $1 billion," Bartlett said.

The committee chairman told Dryke Smith, senior manager of finance and information at the HAJ, to present the committee with a full statement on how the operating deficit would be dealt with going forward.