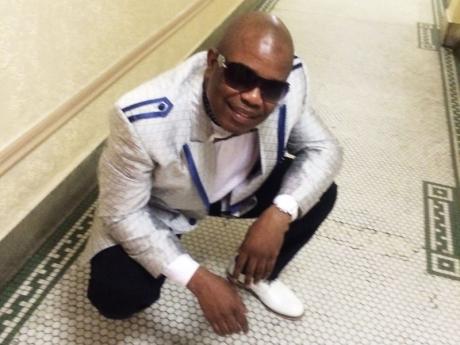 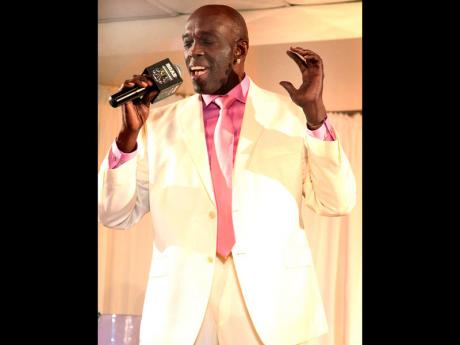 Bunny Brown, who will be featured on a song on Brotha George's next album.
1
2

In an article titled ‘Gospel double for Brotha George’ yesterday, The Gleaner referred to Sidney Mills as a former member of the Steel Pulse Band. Mills is still a member of Steel Pulse, but a former team member of Boogie Down Productions. We regret the error.

On Sunday, George Wright, the gospel artiste better known as Brotha George, capped off a rewarding year of spreading the gospel. He copped awards for Gospel Artiste of the Year and Performer of the Year at the Love Gospel International Awards, held in the Bronx, New York, United States.

The awards ceremony celebrates the work of gospel artistes from the New York borough and is hosted by Bishop J.O. Baker. Wright, a Jamaica-born gospel singer, was among the major awardees along with Michael Gayle and Judith Reid, who won Male and Female International Gospel Artiste of the Year, respectively. Croswell Daley won Gospel Entertainer of the Year.

Brotha George, who released his album, Heaven Bound, earlier this year, said he is inspired by the awards. "It was like a blessing. I wanted to get more connected with God, so it's very encouraging because with the crime and violence, it is very essential to connect with Him," he told The Gleaner.

Since he released the Sidney Mills-produced album in January, Brotha George has been busy spreading the word of God within and outside the United States. Going in to the awards ceremony on Sunday, Brotha George was returning from two performances in Bermuda in late November and three shows in Germany shortly before.

Mills is a former member of the world-famous Steel Pulse band, which won a Grammy award in the Reggae Category for the album Babylon the Bandit in 1987. He now runs SPI Records and manages Wright, who expressed deep gratitude to the man who he says is moving his career in a positive direction. Mills is also working on another album for gospel singer and pastor, Thency Dennis, who released an album through SPI earlier this year.

Wright said coming off the successful performances in Bermuda and Germany, Mills is already lining up performances in Europe and Africa for 2014, a year in which Brotha George expects he will achieve much greater things. "He is pushing my career to the next level," Wright said. "He is going to give me a broader reach across the globe to spread the gospel."

The move to get performances in the relatively new markets of Europe and Africa is to come in tandem with the expected release of Wright's next album in summer 2014. Entitled I Am Healed, in addition to the title track, it will feature Great Is Our God (a collaboration with Bunny Brown) and Great Is He. According to Wright, all the songs for the album have already been recorded and are being mixed at SPI Records.

Despite the heavy touring and recording schedule, Brotha George recently took time out to record the funeral song, In the Arms of Jesus, for his friend Patrice Miller, a funeral home director in Mount Vernon, New York.