Jamaicans to benefit from new US track league 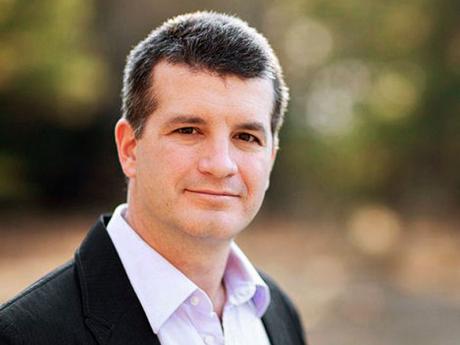 Paul Doyle is expecting the upcoming American Track League to not only raise the profile of the sport in the unconquered United States (US) market, but also provide a good earning opportunity for elite and mid-tier Caribbean athletes.

Doyle, the man behind the made-for-TV track and field meets rock and roll concept, which gets under way on May 2 in Bloomington, Indiana, pointed to higher expenses and dwindling earnings in the mainstream European market and a need to promote the sport as his motivation behind starting the series, which at this point has five confirmed stops across the US.

"We are really excited about the American Track League. We had a meet in Atlanta last year and the response was phenomenal," Doyle told The Gleaner.

"Considering the expense involved in travelling and the prize money which has been decreasing at each European meet, there are athletes that are probably consi-dered mid-ranged who are ranked between 10th and 20th in the world, it's a lot of expense for them to travel to Europe. This gives them a much more viable option for them to travel much shorter distances," he added.

The American Track League will move into Charlottesville, Virginia, on May 9, Atlanta, Georgia (May 16), Austin, Texas (May 23) and Houston, Texas (June 6). The concept fuses quick and exciting track and field action with live entertainment led by a travelling band.

Doyle, who is one of the top athlete representatives in the world and who represents the likes of Ashton Eaton and Asafa Powell, noted that there has been significant interest from other cities and believes the series will generate a lot of international interest.

"We have five dates so far but we have interest from other cities since we made the announcement. We are adding entertainment aspect with a live band and cheerleaders. We are really excited and we think we will have a great atmosphere," Doyle said. "We are hoping that within a couple of years the momentum of the series will build very quickly and it will grow into a viable option. These are very much made-for-tv events and it's quite exciting.

"We are looking to go international, there will be a lot of US focus but for sure it will have an international feel. We certainly plan to feature a lot of Caribbean athletes as well," Doyle added.

He also made it clear that the appearance fees and prize monies for the American Track League will not be to the standard of the lucrative Diamond League circuit or the second-tier World Challenge category.

"We know that there are a lot of options at the start of the circuit in the Caribbean, as well with meets in Jamaica and the Cayman Islands, at that time. We are not trying to compete with the meets but we are looking to develop the sport in the region," said Doyle.