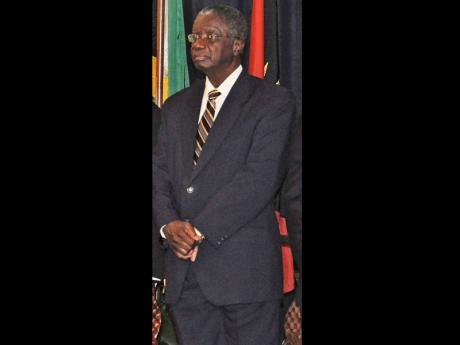 The National Union of Public Workers (NUPW), which represents the majority of public servants in Barbados, said it will meet with its membership on Thursday to discuss the recent announcement by the government to dismiss 3,000 workers as the Freundel Stuart administration seeks to revive an ailing economy.

The NUPW has kept a stony silence ever since Finance and Economic Affairs Minister Christopher Sinckler announced last week that the government would trim the public service as well as reduce, by 10 per cent, the salaries of ministers, government legislators, parliamentary secretaries, and those considered to be a "political appointee".

NUPW General Secretary Dennis Clarke said the union would make a statement after it holds the consultation with its members.

Sinckler said the plan to cut public-service jobs would result in the government saving as much as BDS$143 million (One BDS dollar = US$0.50 cents) and that the government had also agreed to institute a "strict programme of attrition" across the central public service, filling posts only where it is absolutely unavoidable, over the next five years, ending 2018-2019.

"This attrition is expected to reduce central government employment levels from approximately 16,970 to 14,612 jobs - a projected loss of 2,358 posts, and savings of BDS$121 million. Over the current 19-month adjustment period, public sector employment will be reduced by an additional 501 jobs with a projected savings of BDS$26 million," he added.

There are approximately 28,000 people employed in the public service and the head of the Barbados Institute of Chartered Accountants, David Simpson, said that apart from the retrenchments the government would still have to outline a plan to stimulate foreign-exchange earnings and improve the economy.

"I feel this is just the start. I don't know what other successes they will have in significantly cutting expenditure in other areas," he added.