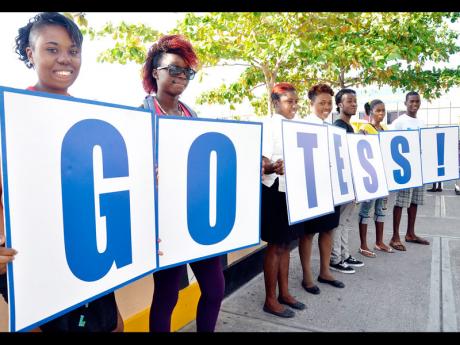 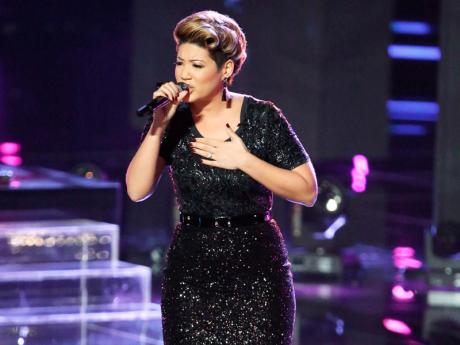 Tessanne Chin's impressive display on Emmy Award-winning vocal competition 'The Voice' has brought members of the Jamaican diaspora living in the United States together.

According to some 'Jamericans', Team Jamaica is a powerful and cohesive voting machine.

According to Kayan Mitchell, who lives in Florida, 'The Voice' was not regularly watched by Jamaicans until Chin became a part of it.

"We only started watching the show since Tessanne and then after her performance we normally change the station and go back to regular life. It makes us feel proud and united, some of the Yankee dem badmind wi and a cuss pon Twitter seh Jamaican come a foreign and a win competition, but we don't mind, we are proud. We have been voting a lot using post-paid phones so it's unlimited," Mitchell said.

Patrice Smith Lyn, who resides in New York, says Jamaicans living in New York are very much involved in the promotion of Tessanne Chin. According to Lyn, Jamaicans always unite for a positive cause.

"On a whole, when things are going well and Jamaicans are involved we always unite, it doesn't matter what, once it's positive. In Tessanne's case everybody is coming together and trying to get as much votes in as possible. We have had several Twitter parties in New York to bring in the Jamaicans and tweet about Tessanne so that she will be the trending topic on Twitter," she said.

Lyn also disclosed that Jamaicans have also begun to host Watch Parties, where they choose a central location and watch Tessanne's performance together.

While there were no notable Twitter or watch parties in her area, Collins disclosed that Chin was the popular topic in Jamaican circles.

"She is very talented and I was a fan before she entered 'The Voice', even some of my Jamaican friends who don't watch the show are calling in to vote for her and some who were not fans of 'The Voice' are now watching it. I even heard somebody say they don't want to lose Tessanne from the show because they don't want to lose the large amount of Jamaicans who now watch the show. Wi feel proud an' it brings more recognition to Jamaica. Before Tessanne, some Americans thought only black people lived in Jamaica, but now they are realising that we are a culturally mixed country," Collins said.