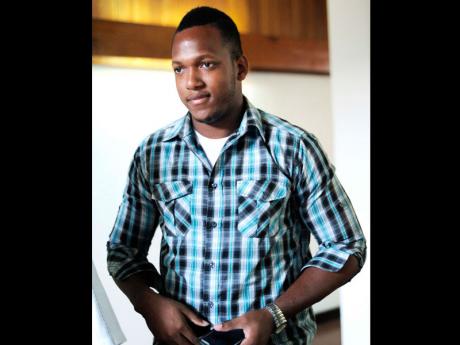 Dorrel Savage, the witnessing chaperone for Traves Smikle when he did his drug test at the National Senior Championships last June, testified before a Jamaica Anti-Doping Commission (JADCO) disciplinary panel yesterday that he has never read the World Anti-Doping Code regulations about sample collection, but relied heavily on his training and his 12-year experience as a chaperone.

The witnessing chaperones walk the athletes through the doping control area and ensure that the testing process is not compromised.

Savage was one of three witnesses who testified in the case against the national discus record holder, who returned an adverse finding following competition at the National Championships, to select Jamaica's team to the 14th IAAF World Athletics Championships in Russia.

Cathy Rattray Samuel, who was acting head of JADCO at the time of the National Championships and chaperone Melissa McLean also gave brief testimony.

Smikle, a former Calabar High standout, is now a student at the University of the West Indies (UWI) and was one of five athletes who tested positive at the National Championships.

The athlete, who has been consistent in maintaining his innocence, also carried that stance yesterday. He is being represented by attorneys Dr. Lloyd Barnett, William Payton and Courtney Williams. His father Roland and director of sports at UWI, Dalton Myers, were also present at the hearing being held at the Jamaica Conference Centre in downtown Kingston.

Savage, who was first trained as a chaperone back in 2002 when the World Junior Championships were held here in Jamaica, was the last of three witnesses called by JADCO attorney Lackston Robinson. Savage testified that since that

time, he has received additional training about four times, the last being in 2011.

"I can't say if I have read it, but I would have gone through training. My training would have prepared me for collecting samples," he told the disciplinary panel comprising Kent Pantry, Juliet Cuthbert Flynn and Dr Irvin Crandon. Jeremy Taylor, the other panellist, was absent.

Smikle only delivered the required 90ml of urine after three attempts.

After the first attempt, Savage said he instructed Smikle to wash his hands and dry them with paper towels and to use toilet tissue to wrap his sample kit. Savage said he provides these instructions to all athletes he chaperones in the doping control area. He said Smikle complied with his instructions on each occasion.

Savage told the panel that each time Smikle had completed an attempt, he would escort him back to the waiting area and hand him off to Dondre Webster, who was in charge of the waiting area. Webster is expected to take the stand today when the hearing resumes at noon.

Savage said that other than the chaperone, only the athlete and the athlete's representative are allowed into the doping control area.

He mentioned that Smikle did not complain about anything during the time he waited until he delivered the required volume of sample.

Savage said he also instructed Smikle to keep his sample close to his person at all times and the athlete complied.