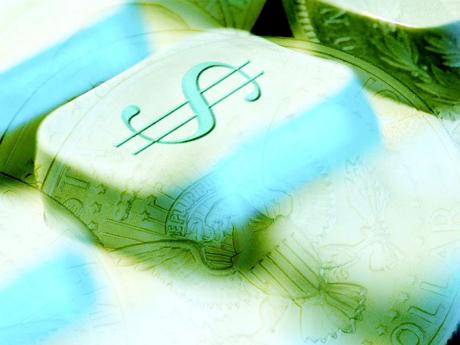 The Kingston-BASED attorney now in custody as part of a multimillion-dollar money-laundering probe is being investigated for what local law-enforcement officials believe are ties to admitted Jamaican drug dealer Andrew Hamilton, her lawyer has confirmed.

Hamilton, a former postal employee and a former member of the Jamaica Constabulary Force, has pleaded guilty in California in the United States to drug, money-laundering, and firearm-related charges and is to be sentenced next February.

Jamaica's Assets Recovery Agency (ARA) has contended, in court documents, that between 2002 and 2009, he used the proceeds of his criminal lifestyle to acquire property and other assets in Jamaica with a cumulative value of $429.5 million and had them registered in the names of close friends and family members, including his 83-year-old mother and children.

After two days in custody, the attorney, Dawn Satterswaite, was questioned by police investigators yesterday and her attorney, Anthony Pearson, told The Gleaner afterwards that the probe was linked to Hamilton.

Up to late yesterday, he said no charges had been filed against Satterswaite.

Pearson also confirmed that his client has done work for Hamilton in the past.

Checks by The Gleaner show that Satterswaite was one of several attorneys in a case brought by Hamilton's 83-year-old mother, Dorothy Hamilton, and other relatives and friends that sought to remove a court restraint on several multimillion-dollar properties linked to him which the ARA wanted forfeited to the State.

In dismissing the application, Supreme Court Judge Bryan Sykes underscored that while Hamilton's friends and relatives might not have been engaged in money laundering or the holding of property derived from criminal activity, it is vital that criminals and their associates be deprived of their property.

"Not for the purpose of enriching the State, but for crippling their ability to continue as a criminal economic enterprise," Sykes noted.

"It is vital that 'bad money' - or money derived from unlawful activity - be kept out of the financial system because of the severe distorting effects that it can have on both the macro and micro economy," the judge reasoned.

Satterswaite's Duke Street offices were among several locations in Kingston, upper St Andrew, St Catherine, and Manchester searched during a series of coordinated pre-dawn raids on Tuesday by detectives from the Major Organised Crime and Anti-Corruption Task Force and the Financial Investigations Division.

Five other persons have also been detained in what the police say is a major money-laundering investigation.