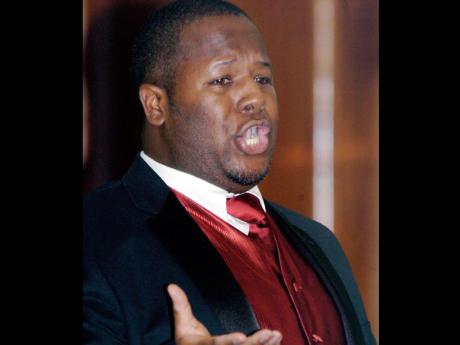 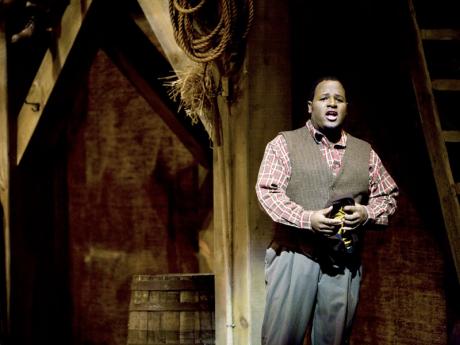 While Tessanne Chin is wooing the world with her voice, Paul Williamson, another outstanding Jamaican, is about to grace the stage of the prestigious Carnegie Hall, his epiphany as well as the high watermark of the careers of all great musicians in the world of classical music and opera greats.

Williamson is a featured artist in the annual USA-Japan Goodwill Mission Concert which will be performed on December 26, 2013 on the Perelman Stage of the Stern Auditorium of this historic concert hall. Its location on 7th Avenue and 57th Street in New York City, just across from the southern entrance to Central Park, provides an idyllic setting for Beethoven's Ninth Symphony which is the featured work.

Williamson is the son of Tony and Jean Williamson. Tony has spent more than 40 years in the financial services field and is a guru of the life insurance industry, linguist and translator, and also a life coach and author. Paul received his early nurturing not only from these two high-achieving parents but from his alma mater Wolmer's Boys' School, from which he graduated in 1991 before moving to study voice at the Houghton College School of Music in New York where he graduated in 1995 with a Bachelor of Music degree.

From there, he proceeded to a series of prestigious institutions with the certainty of one who is destined to do all that is necessary to conquer the most challenging field of opera. He graduated with a master's degree in Opera Performance from State Glinka Conservatoire of Nizhny Novgorod, Russia, continued his vocal studies under Robert MacLaren at the University of Manitoba in 2004 to 2006, before completing with honours the Opera Diploma programme at the University of Toronto in 2008. He was the Second Place Laureate in the 2007 Barry Alexander International Vocal Competition.

The Edmonton Journal describes his instrument as "a startlingly rich voice" and Opera Canada acclaimed his performance while a student when he starred as Nemorino in Donizetti's L'elisir d'amore as "a very pleasing tenor with Italianate colour, lovely phrasing and even the requisite sob" who can "play with his voice for nuance and has lots of power when

needed". Fluent in Russian, his repertoire covers both the oratorio and the opera.

He is the frequent featured tenor in Handel's Messiah and has also performed in Britten's St Nicolas Cantata, Beethoven's Mass in C, Bruckner's Te Deum and Mozart's Krönungsmesse. His operatic roles cover a wide range for such a young artist. Covering include Umberto in Rossini's La Donna del Lago, Don Carlo in Verdi's opera of the same name, Rimsky-Korsakov's The Snow Maiden, a performance which the Toronto newspaper, The Globe and Mail, declared "High tenor Paul Williamson, as the czar, had some ecstatic moments; his springtime aria was a high point", while Opera Canada's review of this performance described it as impressive.

Just last month, he took on the role of Manrico in Verdi's famous opera Il Travatore at the Main Stage of the Richmond Hill Centre for the Performing Arts in Toronto. The critic described his performance as follows:

Paul Williamson's Manrico was much more about the voice than the dramatic characterisation, which -

Paul has also thrilled audiences in Jamaica when he returned to Jamaica for the Andrews Memorial Seventh-day Adventist Church's concert series, An Evening of Excellence, which was held in May of 2000 at the University of the West Indies, Mona Chapel. The Gleaner critic noted his sterling performance and that he received one of two standing ovations for a beautiful performance of a selection from La Bohéme, arranged by Giacomo Puccini. "He sang with fervour, especially in his duet with Burnett. It was a dramatic rendition of another Puccini-arranged piece, O Soave Fancuilla, a duet from La Bohéme, and received the only vocal applause from the audience, some saying 'well done'."

Jamaica continues to outshine itself in the world. As we continue to bask in the glow of the success of Tessanne and the world famous bass-baritone, Sir Willard White, Paul's record of achievement so far ensures that Jamaica will have a place at centre stage in every facet of the global acclamation.

For more information on Paul Williamson and to hear his signing visit his website at: www.paulwilliamson.ca.