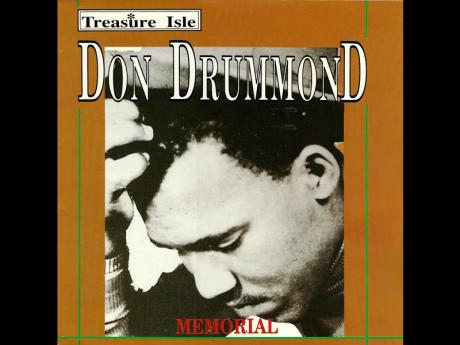 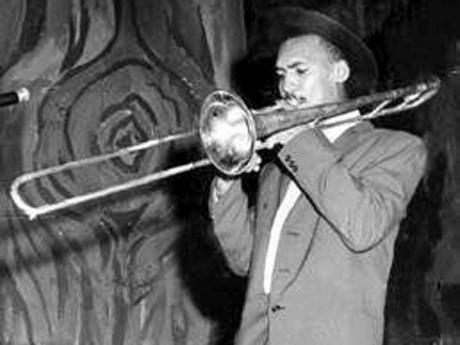 Don Drummond: The Genius and Tragedy of the World's Greatest Trombonist is available at amazon.com, mcfarlandpub.com, and skabook.com.
1
2

Don Drummond: The Genius and Tragedy of the World's Greatest Trombonist by Heather Augustyn has been published by McFarland Publishing and is now available.

The book is a comprehensive biography of a brilliant musician and his lover, who forever shaped the course of ska, reggae, and popular music worldwide despite poverty, class separation, mental illness, racial politics, exploitation, and sexism that resulted in murder.

The foreword is written by trombonist Delfeayo Marsalis.

Through the words of Don Drummond's childhood friends classmates, musicians, medical staff, legal counsel, and teachers, comes a story of his "unusual mind".

They recall the early days in the recording studio, playing the instrumental backup for Bob Marley and others, and the nights in the Rasta camps where musicians burned the midnight oil and more. They roam the halls of the primitive and haunting mental hospitals where Drummond reached the lonely depths of his schizophrenia.

They remember the gyrations of his lover, Margarita, the Rumba Queen, as she tantalised audiences at Club Havana. They tell what happened that tragic night when Drummond stabbed Margarita four times, reveal details of the trial (delayed more than a year as Drummond was ruled mentally unfit), and offer insights into the ways that Drummond likely died in the Bellevue Mental Hospital at age 35, the result of rudimentary mental health treatments, or perhaps something more sinister.

Heather Augustyn spent over two years researching and interviewing key people in Drummond's life to form the biography, and travelled to Kingston twice to comb through archives and visit sites to reconstruct the story.

She interviewed former Jamaican Prime Minister P.J. Patterson in his office in Kingston and dozens of others.

Augustyn is also author of Ska: An Oral History (McFarland, 2010) and Ska: The Rhythm of Liberation (Scarecrow Press, 2013).

She is a correspondent for The Times of Northwest Indiana and her work has appeared in national publications, including The Village Voice, In These Times, and The Humanist.

She lives with her husband and two boys in Chesterton, Indiana.

Don Drummond: The Genius and Tragedy of the World's Greatest Trombonist is available at amazon.com, mcfarlandpub.com, and skabook.com.