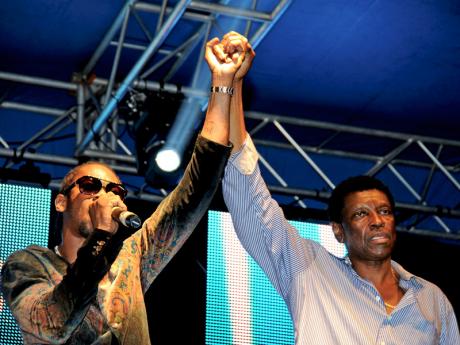 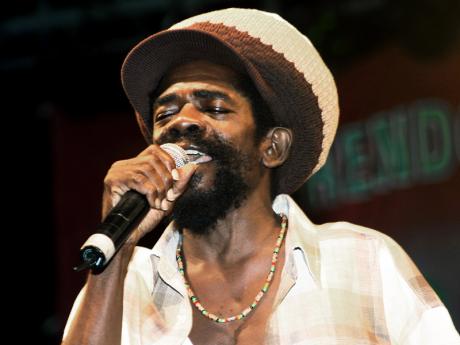 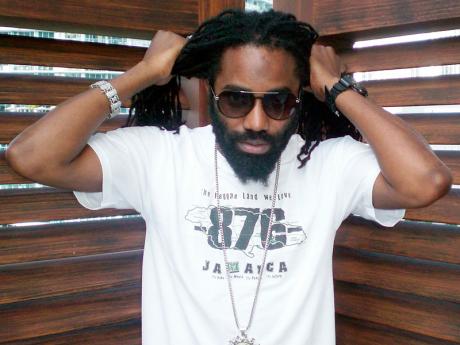 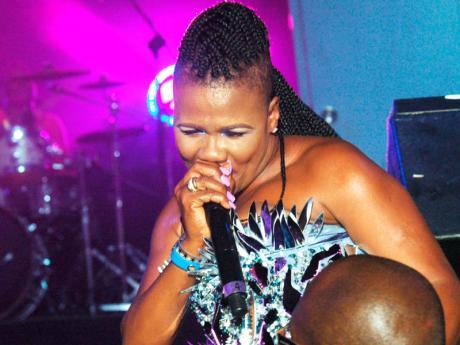 Winston 'Wee Pow' Powell laughs heartily when The Gleaner asks him how many years of playing music his Stone Love Movements will be marking at the Red Stripe Oval, Spanish Town Road, tomorrow night. "We stop counting from last year," he said.

Of course, since the famed sound system celebrated its 40th anniversary at the same venue last December, determining which anniversary will be chalked off the music machine's calendar next is about as difficult as predicting which political party will win the popular vote in a Jamaican garrison constituency. Still, last year serves as more than a four-decade marker for the sound system dubbed 'The World Immortal'.

It is also a marker of a new, higher level of celebration.

"Last year we had the best anniversary we ever had," said Powell. And, in making it two straight at the venue - a new one for Stone Love's annual celebration in 2012 - he relies on an established aphorism. "They what no bruck no fix it," Powell said. "It was so good, we decided having it back there was the best choice.

"Everything was up to par. Security was like when you go though US Immigration and Customs," he said.

One of the few hitches, he notes, was that at one point the drinks supply was interrupted - and, even then, that was an indication of the celebration's success. For there was a bumper crowd on hand and, Powell claims, "For a dancehall thing it is the most Guinness ever sold in one venue. That should go in the Guinness Book of Records."

Tomorrow night Powell is looking towards another bumper crowd, attracted in no small part by the line-up of performers. On the bill are Bounty Killer, Sizzla, I-Octane, Cocoa Tea, John Holt, Mavado and Ginjah. The sound systems and selectors slated to play along with Stone Love are Metro Media, Bass Odyssey, Boom Boom, Soul To Soul, Alanzo Hawk and Welton Irie.

Powell notes that although the line-up may create the impression that there are more artistes than sound systems, "it will balance back to more equal and not being in one side". For while the artistes will be doing shorter performances ("more spicy", as Powell puts it), the sound systems will be playing longer.

While Powell remembers Bounty Killer and Cocoa Tea's strong performances last year, he predicts that a new face on the bill, Ginjah, will be "coming with fire this year". Also, he said, "the August-town based Sizzla should burn up the place". And, appealing to the enduring vintage streak in the audience members of all ages is John Holt.

His is not the only vintage appeal on Stone Love's 41st anniversary celebration. On the sound system side are Soul To Soul and Alanzo Hawk, with Welton Irie straddling the time divide. And, Powell said, the night will run from vintage up to the music which is currently hot in the parties, dancehalls and on radio.

"The older people normally come out early and may leave after a while," Powell said. And, he said, "that is how we got some space last year".

Not to be left out of the celebration is the handover of awards, a part of the annual event which has proven unwieldy in the past but was handled much better in 2012. "Last year we tried to do it different. It worked a little better than previous years," Powell said.

Still, there are no thoughts of cutting the awards out of the event. "The awards are a must. These type of awards are not done by the big organisations. They leave out the little people who form this great aspect to dancehall. We cannot leave them out," Powell said.

There has been a shift in date for the Stone Love anniversary, which used to be held earlier in December. Now, Powell is confident that his event attracts sufficient visitors to pop up on the Jamaica Tourist Board's radar. "On a sound system level, when you look at Mighty Crown in Japan, their event is the biggest in Japan. We are looking at Stone Love's event as the biggest sound system event in Jamaica," Powell said.