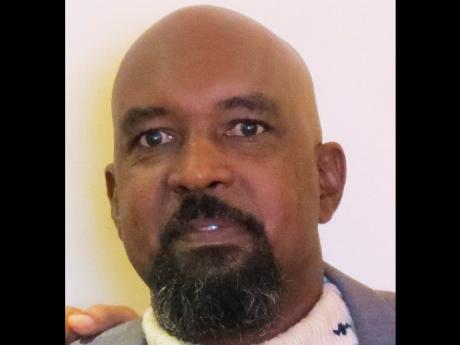 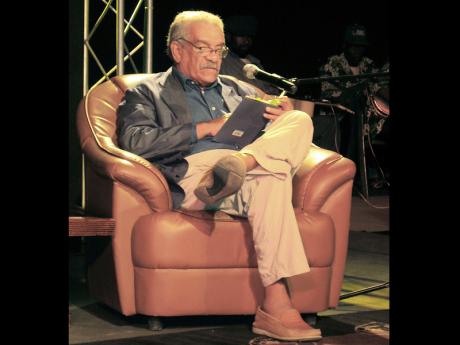 The equivalent of Jamaica's 'roots' is by far the best-loved type of theatre in St Lucia. Even the contemporary productions of Nobel laureate Derek Walcott (St Lucia and the English-speaking Caribbean's most famous playwright) are no match in popularity.

That's the information I got recently from St Lucian educator and theatre practitioner, Travis Weekes. We were in a small hotel in Paris, France, chatting Caribbean theatre, the subject of a symposium to which we had been invited.

Weekes said that the producer of the St Lucian roots theatre, really "a combination of stand-up comedy and popular theatre", is a group called Che Cam Peche, a name which refers to a very strong logwood. Led by Carlton 'Cokes' Cyril, the group has been around for about 15 years and does most of its plays in Creole.

"Other theatre groups will put on a play and be crying out for audiences, but when Che Cam Peche puts on a play there is no space left (between people)," Weekes said. "For the average person now, theatre is synonymous with Che Cam Peche."

I asked whether scripts of the group's plays were available. The answer was no. "The plays are built primarily through improvisation," Weekes told me, "so you can buy a DVD of a show but there are no scripts. The leads in the productions are Cokes and Iglesia, husband-and-wife characters with man-woman relationship issues."

Che Cam Peche not only "rules the theatre scene", Weekes said, but does many television commercials as well.

I wondered what sort of competition productions staged by Walcott, who has returned to live in St Lucia, would provide to Che Cam Peche. Weekes said that Walcott is always organising collaborations with theatre groups in St Lucia and Trinidad and Tobago, the two Caribbean countries he has worked in most extensively over the years.

(Of course, Walcott has close ties with Jamaica. He studied at the University of the West Indies (UWI), Mona, in the 1950s, and is often invited to Jamaica. His plays which I have seen here, either as full productions or staged readings, include Dream on Monkey Mountain, Malcochon, Remembrance, Pantomime, O Babylon, Ti-Jean and His Brothers and A Branch of the Blue Nile).

Weekes cited a production of Walcott's latest play, O Starry Starry Night, as an example of the collaborative efforts. He did not go into detail, but an Internet search revealed that the play - a poetic drama about a visit that Paul Gauguin paid to fellow artist Vincent van Gogh in Arles, France, in 1888 - gets its title from a van Gogh painting. A quarrel between the two men led to van Gogh famously cutting off a bit of his left ear.

With Walcott's assistance, the play had a four-day run last month in the Trinidad and Tobago Central Bank auditorium. It was also staged in May at the University of Essex, England, where Walcott is Essex Professor of Poetry.

Excerpts of the Essex production may be viewed via the Internet, and few readers who watch it or know the play will be surprised that it would be less popular with the average theatregoer than a rollicking roots comedy. It's a fact of life, reflected in Jamaican theatre as elsewhere, that comedies get larger audiences than serious drama.

But Weekes, who is now pursuing a PhD from the UWI (having graduated simultaneously from the Mona campus and the (now) Edna Manley College of the Visual and Performing Arts), is interested in more than just roots style theatre.

Even before coming to Jamaica to study for a degree in English Literature in 1994, he said, he was interested in using drama to get his students excited about language. He has continued to do that.

"I have also started to use drama to get them to deal with social, psychological and personal issues," he said. He can do this, he said, because of the exposure he got studying community drama with Owen 'Blakka' Ellis and others at the School of Drama.

"Blakka took us to Accompong and Trench Town to do projects," Weekes said. "He really gave us a very practical insight into using drama to help solve community problems."

Weekes works not only with his own students at the community college where he lectures, but on community projects around issues that government agencies and departments want addressed. "I'll develop a popular theatre production around an issue - perhaps population control, gender, hygiene, conservation," he said.

Weekes' interest in drama began because of his father Allan Weekes, a former St Lucia Arts Guild director who worked closely with Derek Walcott's twin brother, Roderick (now deceased). Roderick and Allan Weekes ran the guild, which was founded in 1950 by Derek Walcott and Maurice Mason "to promote and encourage in St Lucia the arts of music, painting, drama and literature".

Allan Weekes wrote one play, Talk of the Devil, but really made his major contribution to St Lucian theatre, Travis told me, by translating several Caribbean plays (including some of Walcott's) from Standard English into French Creole.

Travis and his father have been taking the translated plays into various communities in St Lucia, Martinique and Guadeloupe for stagings. Allan Weekes actually started a group he called The Creole Theatre Workshop in the early 1980s.

Earlier this year, Travis was asked by the Cultural Development Foundation to use St Lucian poetry in a production to be taken to the Caribbean Feastival of the Arts in Suriname. "I took excerpts from several poets, created a story and characters and added Creole dances, movement and song," Weekes said. "The production, Jazz Country, was very well received."