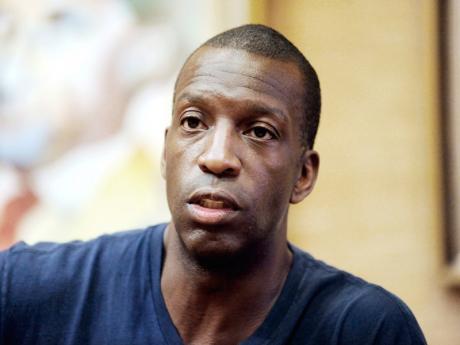 Johnson: You can't say anything against Usain Bolt in athletics. He is athletics but the IAAF doesn't work with him to promote the sport. - File 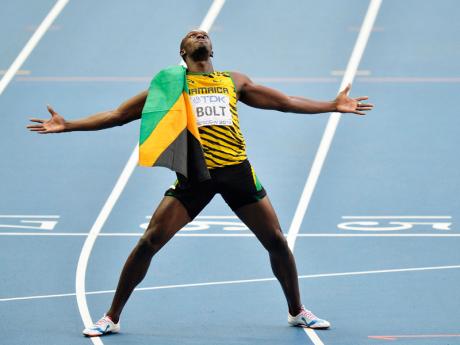 Earnings for some of the world's best athletes have been hit hard in recent times. Sunday Gleaner queries have revealed the troubling reality that the greater number of athletes - those competing primarily in Europe and not among the top 15 in the world - are making less than half of what they used to.

Track meets are said to be steadily disappearing and the dwindling number of meets and smaller budgets have seen promoters holding on tighter to their purse strings much to the detriment of the athletes.

The queries revealed that perhaps a decade ago, an athlete who was ranked outside the top 15 in the world could take home approximately US$60,000 a year, which made for comfortable living. Those same athletes are now earning in the region of between US$15-20,000 annually a drop of more than 60 per cent!

Athletes from Jamaica and the United States are said to be the hardest hit since they get no financial support from their respective federations. By comparison, in Europe a number of countries allocate subventions to their international athletes that allow them a comfortable lifestyle.

According to Paul Doyle, the agent for a number of Jamaican athletes including former world record holder Asafa Powell and Sherone Simpson, there are several factors that have contributed to the decline in earnings.

"It's plain and simple. Prize money hasn't decreased a whole lot but appearance fees have," he revealed. "If you are an athlete that is ranked say, number 15 in the world in the 100 metres, you're going to a Diamond League meet without getting a single dollar for an appearance fee. And if you're 15th in the world, you're lucky to finish fourth or fifth in a Diamond League race but you're likely to make a couple thousand dollars here and there. Before athletes used to get much bigger appearance fees and an athlete who is ranked 15th in the world could get three or four thousand dollars appearance fees at some of the smaller meets. That's really where the money has disappeared, not so much the prize money."

Doyle said also that a lot of meets are getting cancelled, and those that remain are struggling with smaller budgets.

Other persons close to the sport explained that because of those smaller budgets, athletes already being deprived of appearance fees are now earning between US$500 and US$3,000 to compete. An agent, who spoke on condition of anonymity, explained that as recently as in 2003-04, an elite athlete based in Italy, for example, could get between 15 and 18 races in a season. That number is down to about five or six, the agent revealed. The number of meets available in Spain is also down significantly as well as in Germany where there are perhaps four meets that have survived. As such if the meet promoters can attract a few big names, those athletes will get appearance fees, the others will not. "They won't pay those fees because they don't need to," the agent said. "The athletes need the meets more than the meet needs them, and once the promoter has his draws, they don't need to pay appearance fees to those other athletes."

The global economic downturn has had
a significant impact on the survival of these meets. The worldwide
recession that hit in 2008 saw a lot of companies rein in their
spending. Those that were investing in sports sponsorship were doing it
more as a luxury, insiders argue, something that they could use to
entertain their VIP clients so when the recession hit, those companies
looked internally to see where they could save money and that resulted
in their investments in track meets being cut
dramatically.

What is also significant is perception
that the sport is not being properly promoted. Recently, 400-metre
record holder and four-time Olympic champion, Michael Johnson, lamented
the reluctance of the International Association of Athletics Federations
(IAAF) to work more closely with Jamaica and Usain Bolt to promote the
sport. Bolt, in Johnson's eyes, is almost single-handedly carrying the
sport on his broad shoulders. "You can't say anything against Usain Bolt
in athletics. He is athletics but the IAAF doesn't work with him to
promote the sport. Knowing him as I do, if they approached him and asked
him to work with them to promote athletics - not promote Usain Bolt - I
am sure he would be all for it. The IAAF is just riding it at the
moment," Johnson said at the recent Doha Goals
Forum.

Detractors also argue that drug scandals are a
big part of why track and field is struggling but Doyle, who is
launching the American Track League in May 2014, doesn't necessarily
agree.

"A big
part of the problem is that the sport hasn't evolved," said the agent
who plans to bring a different approach to how the sport is presented to
fans. "I know a lot of people mention that the sport has a drug
problem; our drug problem isn't worse than any other sport. Of course,
we scrutinise our athletes a lot more with the testing and making it
public but at the same time it's not much different than any other
sport. I think it's an excuse for why things aren't going well. What we
really need to do is look at the presentation of the sport and put out a
better product for fans to get on board for."

In the
meantime, the athletes continue to struggle. Checks revealed that on
many occasions these days, the athletes play a waiting game, especially
while in Europe trying to get into meets while spending up to €120 a day
for room and food, which eats into their already significantly
diminished earnings.

All is not lost, however, as the
number of meets in the United States is growing and with Doyle's
American Track League set to kick off next year, it is hoped that the
fortunes of those athletes not ranked within the top 15 will start to
earn a decent wage once more. Doyle says that it's his intention to see
every dollar that is raised from sponsors end up in the pockets of the
athletes.