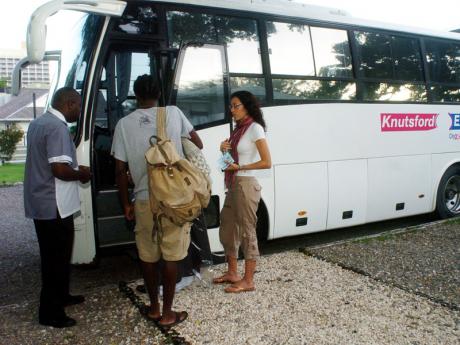 The company, which operates the Knutsford Express transportation service from Kingston to the north coast and west of the island, said it raised the targeted amount of just under J$100 million in exchange for the 20 per cent share offer.

According to the prospectus, Knutsford Express, described as a luxury inter-city transport service, intends to use the proceeds for working capital support, acquisition of one new coach and upgrade of existing coaches, and payment of the expenses of the invitation for subscription, which was not expected to exceed J$4 million.

The company, which has been in operation since 2006, also said in the prospectus that it will be improving its service to the south coast. It now offers 105 departures between Kingston and Montego Bay, St James; Negril and Savanna-la-Mar, Westmoreland; and Mandeville, Manchester.

The company had invited subscriptions for 20 million ordinary shares of which 4,867,338 were newly issued shares and 15,132,662 were existing shares of the selling shareholders Oliver Townsend, Gordon Townsend and Anthony Copeland.

A million shares reserved for employees were priced at $5.11 and the remainder, including those reserved for Proven and its affiliates, was offered at $4.88 each. The aim was to raise J$99,855,440.26.

The prospectus said that if the company is admitted to the Junior stock Exchange, it will provide shareholders with 20 per cent of its profit in dividends, except for occasions when reinvestment in operations is required.

The Knutsford Express has daily departures from Kingston to Montego Bay and Negril, with north coast stops in Ocho Rios, St Ann; and Falmouth, Trelawny. There are connecting buses for passengers who wish to continue to Negril.