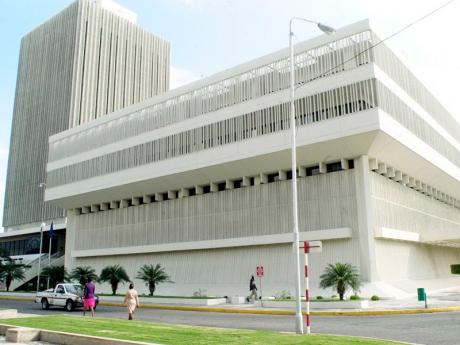 Amendments to the Bank of Jamaica (BOJ) Act to strengthen the governance and autonomy of the monetary authority are currently being considered and a Cabinet decision on the way forward is envisaged by May 2014.

That is part of the key recommendations of an updated safeguards assessment now being implemented to strengthen the institutional framework for monetary policy by the BOJ, the Government has told the International Monetary Fund (IMF).

In its letter of intent, supplementary memorandum of economic and financial policies dated December 3, 2013, the Government suggested that the amendments to the BOJ Act strengthening its autonomy "will strengthen the institutional framework for monetary policy".

It said that by the end of December 2013, the Government and the BOJ would prepare a memorandum of understanding to clarify the treatment of past central bank losses, and to formalise the policy of not distributing unrealised valuation gains to the Government.

Contacted, BOJ Senior Deputy Governor John Robinson explained that past losses refers to the provision in the BOJ Act which requires that if any net losses of the bank exceed the amount in its general reserve fund at the end of the financial year, a sum equivalent to the excess shall be paid to the BOJ from the Consolidated Fund.

"There is currently an unsettled balance. For good order and in accordance with the recommendations of the IMF Safeguards Assessment, the Ministry of Finance has entered into an agreement with the bank to settle this balance in instalments over the next three fiscal years," the BOJ said.

As regards the non-distribution of unrealised gains, this refers to an intention to formally codify what has been the standard prudent practice of not distributing profits that are not realised, that is, it may be reversed by subsequent changes in interest rates, exchange rates or the value of securities. "This is standard practice in financial institutions, and a formal codification of this practice would only cement this safeguard," the Bank said.

The Government also said the BOJ would continue to ensure that liquidity in the financial system is appropriate.

"To counter these developments, starting mid-September 2013, the BOJ has been conducting repo operations to inject liquidity into the financial system. Further, by end-December 2013, the bank will establish a standing facility for overnight access to liquidity for commercial banks," the Government said.

It added that the BOJ will continue monitoring developments in the money markets and take the necessary actions to ensure that financial institutions operate with appropriate levels of liquid resources.