LIAT wants to be regarded as an essential service 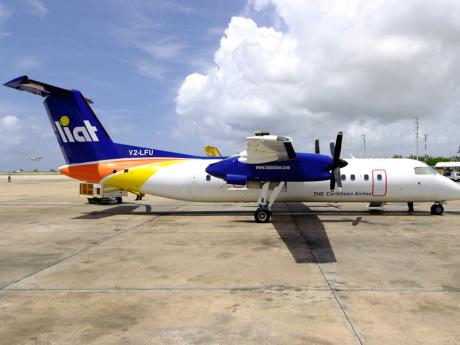 The cash-strapped regional airline, LIAT, says it should be regarded as an essential service and warned that disruption to its services could endanger life and jeopardise Caribbean economies.

"Typically, everyone agrees that services such as water, electricity, hospitals and fire services are essential. Given the importance of LIAT to the economies of the region, calls for this service to be listed as essential is not an unreasonable suggestion," said the airline's acting chief executive officer, Julie Reifer-Jones.

Addressing business leaders in Dominica, she made reference to a statement by LIAT chairman, Dr Jean Holder, who had argued that the region would be paralysed if the airline ceased operations for just one day.

"Our experience this year has borne out the accuracy of this statement, when during the summer, the company experienced major challenges in the network," she said, in apparent reference to the problems that confronted the airline as it sought to upgrade its fleet and deal with flight cancellations and delays.

"There was much discussion about damage to the region and fragile economies like Dominica. Again, in early November, the LIAT network was literally shut down as a result of a withdrawal of service by the pilots."

She described the airline, whose major shareholders are Antigua and Barbuda, Barbados, Dominica and St Vincent and the Grenadines as the "air bridge between all the countries" of the region.

A recent study by the Barbados-based Caribbean Development Bank (CDB) found that LIAT's economic contribution directly and indirectly to Caribbean economies was in excess of US$300 million annually.