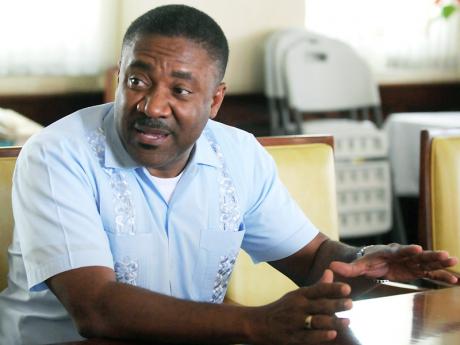 Information obtained through the Access to Information Act has revealed that Phillip Paulwell, minister of science, technology, energy and mining, and his junior minister, Julian Robinson, went on 16 trips at a cost of just over $6 million during the first six months of 2013.

Paulwell has defended his frequent travels, arguing that they were important to address the country's energy needs.

Education Minister Ronald Thwaites led his team on two overseas trips at a cost of $88,000.

One trip was to a meeting in Cuba, while the other was an invitation to New York to participate in the Sam Sharpe Teachers' College Past Students' Association.

According to Thwaites, on the Cuban trip, he was successful in securing teachers to assist with the Spanish programme in Jamaica and arranging scholarship opportunities for Jamaicans from that country and countries in Latin America.

The education minister told The Gleaner he was uncomfortable with foreign travel.

"Being a minister and going away on occasions is extremely uncomfortable. You are asked to go away from your family, from your other arrangements. By the time you come back, your desk looks like Mount Everest," he lamented.

"And when you are there, you are subjected to a rigorous schedule where there is very little rest and you are kept running on your feet. This notion that there is some joyride in travelling on official business is a complete misnomer. You guys have the wrong presumption," argued Thwaites.

Agriculture Minister Roger Clarke, whose trips over the six-month period - to Trinidad, China, and Italy - cost the country more than $3.1 million, said Jamaica benefited greatly from these visits.

In June, he left Jamaica for the Latin America and the Caribbean Agricultural Ministers Forum, and for a meeting with international sugar industry company, Complant, in China. From there, he left for Italy, where he attended a conference hosted by the Food and Agriculture Organization (FAO).

Four persons accompanied Clarke on his trips, while the Chinese government assisted with accommodation and meals during their stay in that country.

"We have a continuing relationship with them," said Clarke in reference to the FAO. "We are members, and we are also beneficiaries out of the FAO. Even the eradication of the beet army worm, that was through their instrumentality, and we get, annually, significant funds and support for research and other projects at the Ministry of Agriculture.

"The FAO put some $10 million toward the beet worm-eradication project and other research, and the meeting with Complant should provide a fillip for improvements in Jamaica's sugar cane industry," argued Clarke.

He declared that his overseas trips are vital for Jamaica's relationship with international agencies, especially those that provide monetary assistance with research.

"Any trip that I go on is not about 'gallivanting'. If I were to travel on all these invitations that come, I would be out of the country almost on a daily basis," Clarke charged.

"We have all these organisations to which we belong and they call for our attendance. They mostly want the ministers to be there," continued Clarke as he defended the frequent flying of his Cabinet colleagues.