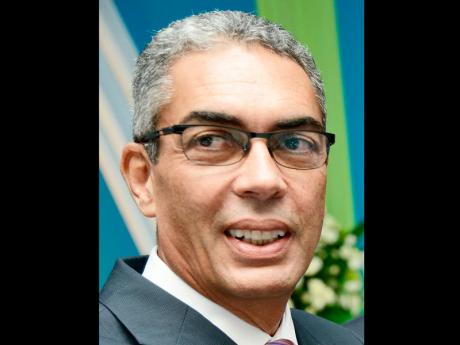 Christopher Powell has resigned as the secretary manager of the Manchester Parish Council.

In his resignation letter, a copy of which was sent to Mayor of Mandeville Brenda Ramsay yesterday, Powell said he was resigning in his "best interest".

Contacted yesterday afternoon, Local Government Minister Noel Arscott said he was not aware of the resignation; however, Arscott said his office had received a petition from several councillors and staff members of the Manchester Parish Council asking for Powell's planned transfer to be withdrawn.

Powell has been working with the local government ministry for the past 15 years.

He served as secretary manager of the St Catherine Parish Council before he took up the post in Manchester in October 2011.

The Economic Programme Oversight Committee (EPOC) is to meet on January 8 to review the proposal to add general consumption tax (GCT) to several items that are now non-taxable.

There have been reports that as part of the proposal, GCT may be imposed on gasolene.

The Jamaica Gasolene Retailers' Association (JGRA) has said an added tax on gas could cripple the industry; however, yesterday, Richard Byles, chairman of the EPOC, said his group must first assess the proposal before determining if it is workable.

The committee, which comprises other private-sector representatives, was set up to ensure that the Government honours its commitment under the deal with the Washington-based International Monetary Fund (IMF).

Under Jamaica's agreement with the IMF, the Government has committed to looking at spreading GCT to many more products and services.

It has also agreed to set aside $123 billion for the next fiscal year to pay down on Jamaica's debt.

The police last night called for the public's help in locating relatives or anyone with information that could assist in identifying a two-day-old boy who was found in the restroom of the Savanna-la-Mar Transportation Centre in Westmoreland yesterday.

In a release, the Constabulary Communication Network said that about 12:45 p.m., commuters found the baby in the restroom, clothed in a red monkey suit, ('onesie') and summoned the police, who took him to the hospital, where he was examined.

"Anyone with information that can assist with the investigation is being asked to contact the Savanna-la-Mar police at 955- 2536, police 119 emergency number, or the nearest police station," the release stated.

The Police High Command last night informed police personnel across the country that the threat level against them had risen to extreme.

The warning was especially for those who live and work in Area One (Hanover, Westmoreland, St James, and Trelawny).

Extreme means attacks against police personnel - on or off duty - could be imminent.

The Constabulary Communication Network says the raising of the threat level comes after intelligence assessments, which suggest that criminals might plan an attack in retaliation for the fatal shooting of Torneil 'Malta' Haughton.