'No urgency for enviro matters' 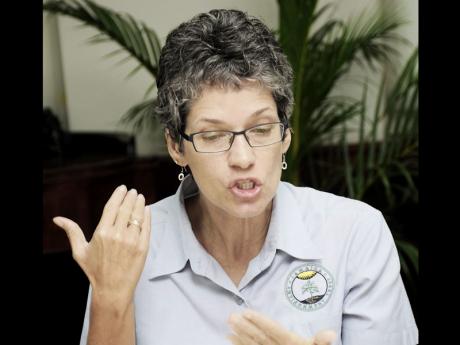 Diana McCaulay, chief executive officer at the Jamaica Environment Trust (JET), has expressed concern over what she says is lip service paid to issues surrounding sustainable development in Jamaica.

Speaking with The Gleaner Monday, McCaulay said there needed to be a level of urgency in addressing environmental issues in the country.

"I think the Government talks about sustainable development and gives lip service to environmental protection but they act in a very different way," she said.

"I don't see the action that matches the rhetoric. As I drive around the country, what I see is constant open burning, I see indiscriminate land clearing, I see a tremendous waste in gullies, all of which end up in the sea whenever it rains and I don't see the enforcement of our environmental laws," she said.

Making reference to the recent debate over whether the Goat Islands, located in the Portland Bight Protected Area, could be used as a trans-shipment hub, she said that for the upcoming year she is expecting that there will be more consultations.

"The way how it (Goat Islands discourse) was approached has been shockingly bad. To this very day we have not received any additional information. They say there will be 10,000 jobs. They have not said how many Jamaicans will benefit. There are no specifics as to where exactly this will be built and what environmental resources will be used," she said.

"What we see here is a major project for the country both for the economy and its environment and it's shrouded in secrecy, and so I look forward to ongoing consultations in the upcoming year," she said.