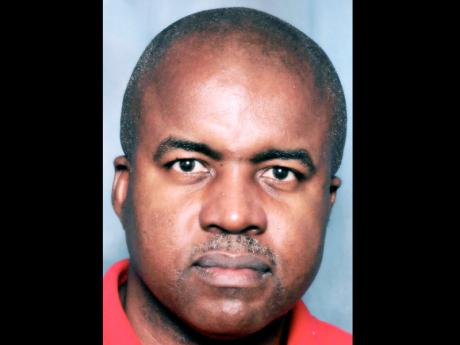 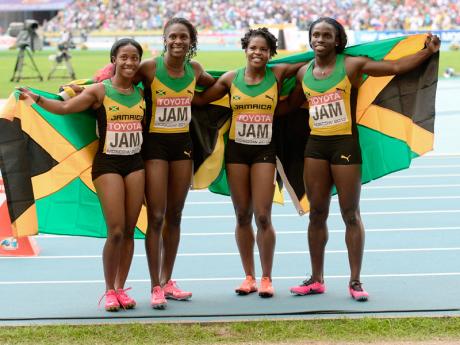 Jamaicans (from left) Shelly-Ann Fraser-Pryce, Kerron Stewart, Schillonie Calvert, and Carrie Russell celebrate with the national flag after winning the women's 4x100 metres relay at the Luzhniki Stadium, at the 2013 World Championships in Athletics in Moscow, Russia. - Ricardo Makyn/Staff Photographer 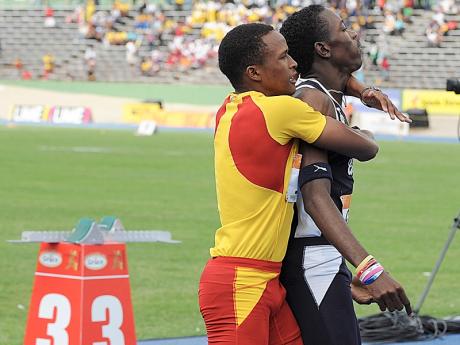 From January to September, Jamaican track and field athletes produced delightful performances. Even after drug news dampened the mood from June onward, there was still much to be proud of. From a long list of magical 2013 memories, here are seven that stand out from the rest for this writer...

In an incandescent renewal of Boys and Girls' Championships, many barriers fell. None suffered as much as the 47-second barrier in the Class Two 400 metres. St Jago's Martin Manley set out to steal the race from lane 8, but yielded to the measured pace of Devaughn Baker of Jamaica College whose long legs carried him to a record time of 46.64 seconds. Manley lost the silver medal on the line 46.94 to 46.93 to multitalented Wolmerian Jaheel Hyde. The 47-second barrier was no more.

With their iconic coach Constantine Haughton mortally ill, Vere Technical High School came to Champs burning with desire. Shericka Jackson had sprinted passionately to fast times in the 200 and 400 and led a dominant Vere quartet to a Jamaican high-school record. The time - 3 minutes 30.51 seconds - is so fast that only five countries have better national junior records in the event. It was a fitting tribute to Haughton who died two months later.

In the last high-school event at the Penn Relays, Munro sent super senior Delano Williams off with a lead on the anchor leg of the Championship of America 4x400 metres. Williams had taken Munro home safely at Champs and the lead seemed safe. Yet somehow, Javon Francis of Calabar clawed his way back to Williams. With the fans on their feet, he ran a perfectly judged race and leaned in to win. The knowledgeable Penn Relays crowd gasped when his relay split time was announced as 44.8!

The University of Technology (UTech) went where no overseas team had ever gone before at Penn. The Championship of America College Men's 4x100 was the exclusive province of US university teams ... until 2013. Nicholas Watson, Andrew Fisher, Adolphus Nevers, and Julian Forte combined for a winning UTech time of 38.92 seconds.

Jamaica took six gold medals from the World Youth Championships in Donetsk, but one was extra special. Little Yanique Thompson, a soft spoken bundle of speed, tore through the 100 metre hurdles faster than any girl ever had before. The Holmwood hurdler clocked 12.94 seconds to break the 13-second barrier.

Coolly, she beat a resolute US challenge from Dior Hall - 13.01 - to take the gold medal. It was Jamaica's first 100m hurdles victory in the biennial World Youth Championship.

Rain trickled down in Moscow seemingly to bless a special moment in track and field history. As the world watched, four Jamaicans toed the start line for the men's 100 metre final at the World Championships. Superstar Usain Bolt and experienced Nesta Carter went 1-3, with Kemar Bailey-Cole and Nickel Ashmeade fourth and fifth.

It was a stunning show of sprint depth.

No one thought that such a time was possible without Sherone and VCB. With the impossible made possible, the Jamaican victory served as a coronation for Fraser-Pryce who completed a memorable sprint triple. Despite the accomplishments of VCB and Merlene Ottey, the diminutive Kingston native had become the first Jamaican to win the ladies' sprint double.

There were other many memorable moments in 2013. Francis' big Moscow 4x400 relay anchor, the assault on the Class One high jump record by Christophe Bryan, and the National Championship 400-metre victory by cancer survivor Novlene Williams-Mills are certainly among them. Perhaps more are ahead in 2014.