It's going to be a tough year 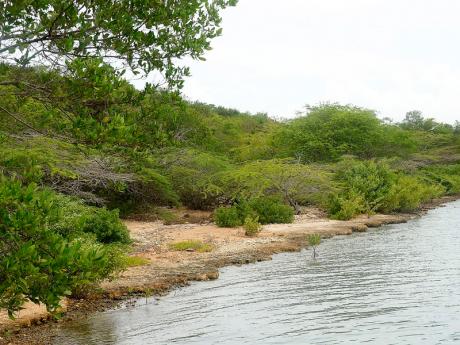 Like most Jamaicans, I can feel my standard of living declining, as my living expenses increase and the value of my income is eaten away by devaluation and inflation. I can tighten my belt another notch, but for many, further cutting back will mean malnutrition, and taking less medication. In material terms, 2014 is going to be a tough year.

But less creature comforts is not what is uppermost in my mind as I look ahead to 2014. This new year is going to be one of intense ideological struggle - on several fronts at the same time.

Instead of single-mindedly pursuing its own idea of a logistics hub centred on Kingston Harbour, Tinson Pen and Caymanas, the Government is going to focus on bending over backwards to facilitate the logistics hub the Chinese wish to build in the Portland Bight Protected Area centred on the Goat Islands. Or are they bending over forwards?

We Jamaicans want a logistics hub, but a substantial and growing number of us do not want it in an ecologically sensitive area, where it will destroy a Ramsar Site, a fish sanctuary, a game sanctuary, and a forest reserve, and foreclose on the future environmental and economic benefits those areas will bring to Jamaicans.

Some time around April, the Chinese will submit their formal hub proposal to the Jamaican Government, and then the ideological battle will really begin. It is likely that the Government will wish to 'run wid it' without an environmental impact assessment (the environment be damned! It's jobs, jobs, jobs!), which will lead to a public outcry, and probably an extended court battle.

Environmentalists will accuse the Government of seeking to break or bypass its own laws and procedures, in pursuit of unsustainable development; and environmentalists like myself will be accused of being anti-development, which would be a damned lie! Thousands will take to the streets to show their disapproval, and the unpopularity of the Government will exacerbate it. Just the thought of it makes me tired! Yes, 2014 is going to be a tough year.

In 2014, both the People's National Party (PNP) and Jamaica Labour Party (JLP) will team up to try to raid the public purse under the headline 'Campaign Finance Reform'. Loop-holy legislation will be tabled, which will not require them to name their donors and the amounts they contribute. Influence peddling will be able to continue apace, which is what both the politicians and the private sector want.

The dead weight of political corruption has held back Jamaica's progress for decades. The refusal of both parties to dismantle their garrisons and break their links with political thuggery, and now the refusal to bring transparency to campaign financing, is costing us dearly. The legislation to allow the PNP and JLP to get public money on top of the shady donations they now receive will be tabled this year, and will have to be resisted strongly. Just the thought of it makes me tired! Yes, 2014 is going to be a tough year.

The Government is also going to table legislation (which they call flexiweek) which will eliminate the concept of a week-end; traditional Christians worship on Sundays, and Jews and Seventh-day Adventists on Saturdays; the proposed flexi-week legislation will allow management to require workers to labour on Saturdays and Sundays, as on any other day. Workers who plead that they need their day of worship, or a regular day with their families (especially their children), will have no legal ground to stand on; there will be tremendous opportunity for victimisation here.

This is a profound attack not just upon the Church but upon religion. It is hard to see how a government elected on the lowest turnout in Jamaica's history will push this one across a strongly religious Jamaican public. I think it will bring widespread public outcry. Just the thought of it makes me tired! Yes, 2014 is going to be a tough year.

As the secularists and the gay lobby get bolder, the attacks upon the Church and upon the family will get louder and stronger. The war on traditional Jamaican culture will get more intense, and will require a more reasoned and measured response. I am not so naïve as to believe that logic and good sense will dominate the discussion; ad hominem arguments, and emotional claims of fictitious 'rights', will predominate. It will be important to lay the case before the public and let them decide. Just the thought of it makes me tired! 2014 is going to be a tough year.

But then, life is tough! You have a happy new year.