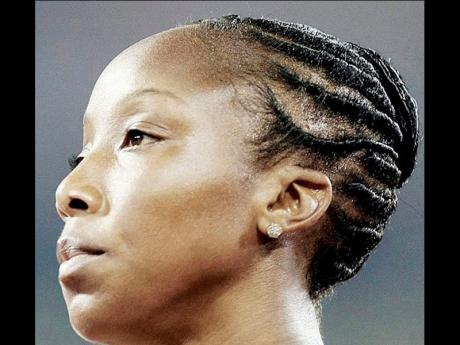 Jamaican Olympian Sherone Simpson will begin her defence today - after testing positive for a banned substance earlier last year - with the first of two scheduled sittings before the Jamaica Anti-Doping Commission (JADCO) disciplinary panel at the Jamaica Conference Centre.

Simpson was one of five Jamaicans who returned adverse analytical findings at the National Senior Championships last summer, with the banned substance oxilofrine found in her system.

She is expected to be represented by attorneys Kwame Gordon and Danielle Chai.

The hearing will be presided over by a three-member panel, headed by attorney-at-law and vice-chairman of the JADCO disciplinary panel, Lennox Gayle, and completed by physician Dr Jephthah Ford and former FIFA referee Peter Prendergast.

Simpson, the 200m champion at the 2006 Commonwealth Games, finished second in the 100m final at the Beijing Olympic Games and has also won two additional Olympic and two World Championships medals in the 4x100m.

The 29-year-old was notified of the positive test on July 14, 2013 after her urine sample, taken on June 21, 2013 at the National Championships following her run in the 100m finals, returned traces of the stimulant oxilofrine, which while legal for out-of-competition use is prohibited from being in one's system in competition.

Simpson has described the situation as being "difficult" while seeking to assure that she had no intention to cheat and vowing to clear her name.

"As an athlete, I know I am responsible for whatever goes into my body. I would not intentionally take an illegal substance of any form into my system," Simpson said in a release, shortly after her positive test was revealed.

"I want to sincerely say to my family (especially my parents, grandparents and siblings), Paul Doyle (agent), MVP Track Club, fellow athletes, former sponsors and the rest of Jamaica that l am deeply sorry for any hurt or embarrassment this positive test may have caused," Simpson added.

"Thanks to all who have been supporting me, I really appreciate it at this time.My team and I will try to do everything we can to get this issue dealt with as best as we can," Simpson said.

The hearing is expected to start at 10 a.m.

Simpson, who has since cut her ties with long-time coach Stephen Francis, has been working out from Florida under new coach Loren Seagrave.