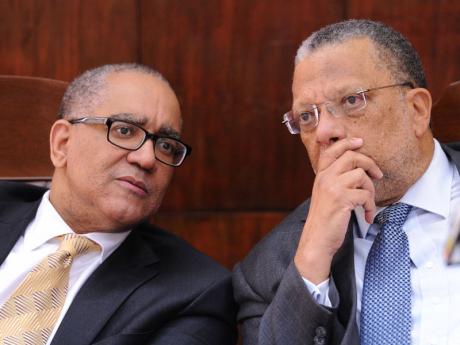 The Bank of Jamaica (BOJ), by the end of January, is expected to develop a timetable for putting in place the operational building blocks for implementing an inflation-targeting regime.

According to the December 2013 memorandum of economic and financial policies submitted to the International Monetary Fund, key actions in relation to the regime are expected to be incorporated in future programme updates.

In this context, the BOJ will, for example, identify specific policy actions to improve the operations of the foreign-exchange market to facilitate better information discovery and deal more efficiently with volatility, the Government said in the memorandum.

It said monetary policy remains aimed at achieving single-digit inflation within a flexible exchange rate regime. For fiscal year 2013-14, the BOJ's forecast for inflation remains in the range of 8.5 per cent to 10.5 per cent. Over the longer term, the objective is to achieve a gradual reduction of inflation to a rate that is consistent with that of Jamaica's main trading partners, the Government said.

Inflation targeting is a policy framework in which a central bank estimates, and makes public, a target inflation rate in an effort to steer actual inflation towards that target through the use of interest-rate changes and other monetary tools.

From as far back as 2010, BOJ Governor Brian Wynter disclosed that the central bank would be moving towards inflation targeting, a policy practised in some developed countries whereby the level of inflation is predicted over the medium to long term.

"One way the bank can help to build a resilient economy is by moving towards an inflation-targeting regime in which the bank responds to changes in the probability of large swings in future inflation by adjusting its policy rate," Wynter said then.

"This is where the bank would pre-announce targets for the inflation out-turn and give regular publicly disclosed reports on the performance of monetary policy in relation to these targets," Wynter added. "These reforms would be aimed at ensuring that inflation expectations continue to trend downwards and the inflation rate itself declines to single-digit levels."

Under the four-year economic support programme with the IMF, Jamaica has agreed that the BOJ will gradually put in place the requirements for a full-fledged inflation-targeting regime.