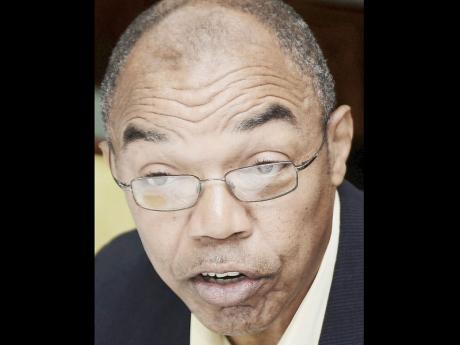 Despite coming under significant pressure over the past few months, Jamaica Athletics Administrative Association (JAAA) president, Dr Warren Blake, believes that the country's increased track and field success in recent years is as a result of greater drug-testing efforts around the world.

Jamaica's drug-testing programme has been the focal point of much discussion after a number of high-profile positive tests in 2013, as well as a damning report from former Jamaica Anti-Doping Commission (JADCO) boss, Renée Anne Shirley, which pointed to incompetence among the anti-doping watchdogs.

Pointing to recent performances, Dr Blake, while lauding the country's latest world-topping season, argued that Jamaica and other countries in the North America, Central America and Caribbean (NACAC) region, as well as Africa, have actually benefited from increased global anti-doping scrutiny, while countries in regions such as Europe have seen less success over the years.

The World Anti-Doping Agency (WADA), which was formed in 1999, has been leading the fight against the use of performance-enhancing drugs and masking agents in sports.

European nations accounted for 71 per cent of the medals at the inaugural IAAF World Championships in 1983 in Helsinki, with 87 of the 123 podium positions on offer. NACAC and African countries took 32 medals that year, as the United States dominated with 24, while Jamaica won three.

Jamaica took nine medals at last year's World Championships in Moscow, as NACAC and African nations led the way with 64 of the 142 medals on offer for 44 per cent, with European countries taking 54 medals (38 per cent) in the Russian capital.

"If you look at our performances over the years, they took off when the anti-doping efforts really took off and ironically that was when the performances from Europe fell," Blake told The Gleaner.

"Countries like Jamaica and those in Africa have benefited tremendously from that fall-off in medals from European countries, which comes in line with heightened anti-doping efforts," Blake added. "The Americas and African federations have increased their medal tally, and let's not forget that the likes of West German athletes admitted to a systematic doping programme and that came out in the lead-up to the Moscow World Champs."

Turning his attention to the performances of Jamaica's athletes in 2013, Blake was full of praise for what he deemed one of the most successful seasons in Jamaica's track and field.

"Twenty-thirteen was a good year for track and field, we did very well at all levels, not just the senior level. I think the highlight for me was to see our youths topping the world at the World Youth Championships," said Blake.

Jamaica finished atop the medal table for the first time at a global championships, the World Youth Championships in Ukraine, and enjoyed another successful IAAF World Championships with nine medals in Moscow and saw stars Usain Bolt and Shelly-Ann Fraser-Pryce walking away with a historic double after being named IAAF Male and Female Athletes of the Year.