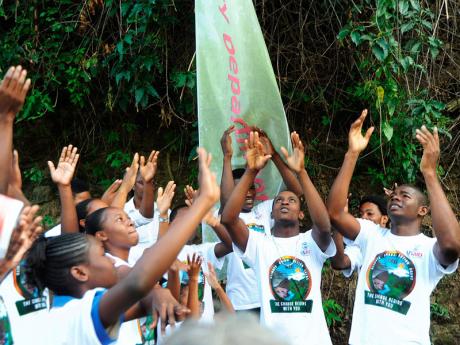 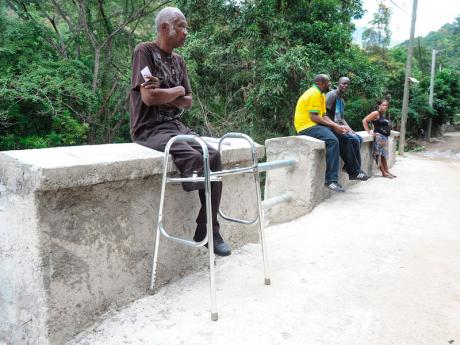 The livelihood of several skilled residents from Dallas Castle in rural St Andrew has been boosted following their contribution to the construction of a retaining wall in their community.

The erected wall and widened road have been considered a saving grace for commerce and job opportunities and have made travel on the August Hill road easier.

It was officially opened yesterday following six weeks of repair between September and November last year.

Dahlia Thompson, one of the females who worked on the project overwhelmed by males, quickly admitted it was hard work, but it was worth it.

"It was the hardest construction work I've ever done," she said with a chuckle.

"I threw stones and I lifted stones and I cleared the riverbed, and at one point, I worked with the welder and carpenters and lifted cement," she said.

Months earlier, the road was in such a deplorable state that taxi drivers left residents halfway into the journey.

Michael Patterson was employed as a carpenter on the project and said the repair work was long overdue. He said prior to the repairs, only the brave would risk using the road.

"It was a little piece of road; vehicles were driving on and it was really dangerous. If you never brave, you couldn't pass here. It was about 50 feet when you look down right over a precipice."

Francine Black Richards, acting senior manager of public relations and corporate communication at the Forestry Department. highlighted the employment opportunities that were provided.

She said the benefit of the construction will be far-reaching as the entire community will reap from the roadwork.

The fortified wall is now 16 metres long and 10 feet deep and was completed at a cost of $10 million, which was part of funding provided by the European Union under the climate-change adaptation and disaster-risk-reduction project.