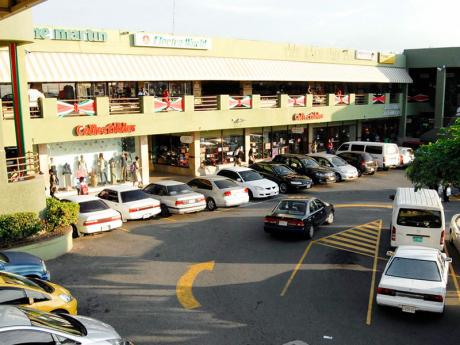 The Mall Plaza in Kingston is seen here on November 29, 2013. Mall Plaza is one of the most popular areas for shopping for Kingston residents. - Colin Hamilton/Photographer

The Expatistan Cost of Living Index, which ranks more than 1,500 cities worldwide, gives Kingston an index rating of 85, placing it below the reference city of Prague in the Czech Republic.

The price index value of every other city in the database is calculated by comparing their cost of living to the cost of living in Prague, which is given a rating of 100.

Expenses are broken into the six areas of food, housing, clothes, transport, personal care and entertainment.

Expatistan says Jamaica's capital city has average prices that fall well below the averages given for most other cities - including Caribbean cities like Port-of-Spain, Bridgetown, Havana, Port-au-Prince and Santo Domingo.

Jamaica's political and cultural capital "definitely" has a cost advantage over many other regional cities, says Nicola Madden-Greig, Courtleigh Group director of marketing and sales and area chairman for the Jamaica Hotel and Tourist Association's Kingston chapter.

The recent depreciation in the exchange rate has given fillip to those efforts and has brought about an increase in the number of tourists who come to the capital city for pleasure.

Kingston has "a good range of affordable hotels, and good rates in terms of restaurants, attractions and transport," said Madden-Greig.

Its visitors typically come from the US, Canada, Cayman Islands, The Bahamas and Barbados, who come for meetings, sport and other events, and even parties. For example: "Tourists fly in from Toronto for Frenchmen," said the hotel executive, referring to the popular all-inclusive New Year's Day party.

Although the Expatistan site warns that the data on Kingston is based only on a few data points from 18 respondents and that the rating is "really only a guess at this point", some of the prices appear to come close to current store and shelf prices.

Another example is dinner for two in an Italian restaurant with wine and dessert, which is listed as costing $5,571.

Although limiting, such a price is possible at Caffé da Vinci, an Italian restaurant in Kingston, according to owner Alessandra Bartolini, where a couple could each have a soup, a pasta dish, a desert and a glass of wine for about that cost.

A more affordable option would be lunch, however, where a current special including a drink, would run at $1,500.

Not all prices are on target, however. The rent for a 900-square-foot furnished apartment in an "expensive area" of Kingston is listed as $50,714 per month. That may be understated as a resident of The Argyle apartment building in New Kingston tells the Financial Gleaner that a similar apartment there would fetch about US$1,500 (J$160,000 per month.)

This was confirmed by Gregory Mayne of GM Realty who said that a furnished one-bedroom apartment at the top-of-the-line Argyle would run at US$1,500 to US$2,200 for a two-bedroom, as would some apartments in the Jacks Hill area.

Another example is the price for a new Volkswagen Golf 2.0 TDI, which the Expatistan site lists at $2.86 million.

That particular model is not sold in Jamaica, but dealer ATL Autohaus does sell the Volkswagen Golf GTI - a higher-grade model. The dealership currently has a sale price for a 2013 basic three-door hatchback for $4.595 million, down from the regular price of $5.5 million.

The index is also off for the price of two movie tickets, quoted at an average price as $1,600, but the current price at Palace Amusement cinemas is about $2,000 for two tickets.

Caracas is shown to be 71 per cent cheaper than Kingston.

The Expatistan sites says "for example, to keep the same standard of living that would require J$78,125 in Kingston you would need to make just about J$22,395 (VEB12,806) in Caracas.

Expatistan was launched in January 2010. It was created and maintained by a single developer who is based in Prague. It uses a collaborative database of prices developed from crowd-sourced information, akin to Wikipedia.

The website's users enter the prices for their own cities. A total of 780,000 prices have been entered for 1,617 different cities by 202,500 users coming from 150 different countries.

The index compiles prices for 55 various products divided into six categories. The Expatistan index has been used for market analysis and research by companies such as Deutsche Bank as well as UK banks, Lloyds TSB and HSBC.