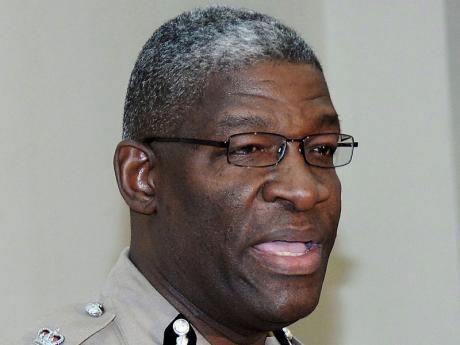 I write in response to an article that was published in The Sunday Gleaner of January 5, 2014. The article, titled 'Police-citizen relations key to crime-fighting', was fair, impartial and dispassionate. In it, Mr Ian Boyne outlined why police-citizen relationships and strategies to improve the image of the police services were just as important to tipping the crime-fighting battle in the favour of the police - and all Jamaicans - as investments in resources and improvements in procedures.

His observations have long been acknowledged, at least since the advent of the Strategic Review of the Jamaica Constabulary Force in 2008. The review team noted in its executive summary: "... Public distrust of the police and [the] incidence of police corruption have created an uneasy distance between the police and citizens. This hinders investigative efforts, as many persons are afraid or unwilling to come forward as witnesses, and a majority of serious crimes remain unsolved or unreported ... ."

Against this background, a crucial part of the ongoing process of transforming the JCF and its auxiliaries into a modern police service has been a drive to revolutionise the culture of the organisation. This has taken many forms. For example, customer service and human rights have been added to the basic training curriculum. These are also a component of all in-service training programmes.

New policies - to guide the behaviour of members when in contact with members of the public - have been crafted, most notably the Police/Public Interaction Policy and the Diversity Policy.

The provisions of these policies are a mandatory part of all briefings. They are also the subjects of daily reminders via Police Control. They have established a minimum standard of service, which the public can expect, and their publication in various parts of the media has made members more accountable to the public they serve.

The creation of the nine strategic priorities of the constabulary, of which the restoration of public safety and confidence is one, has also helped to focus the activities of the members on this important drive, as has the adoption of community-based policing as our primary policing model.

The organisation has also revamped its recruitment policy and strengthened the vetting process to ensure that the raw materials into which taxpayers' dollars are invested are worthwhile. This robust vetting system also extends into the promotions policy, which, in conjunction with the ethics and integrity framework, has contributed to the raising of the behavioural standards of the force.

We acknowledge, though, that despite some encouraging signs that our efforts are bearing fruit (such as the Americas Barometer Survey that was published last year, which declared that more Jamaicans now trust the police), there is still much to be done.

We welcome the support of influential voices like Mr Boyne and invite dialogue on the issue as we continue to work towards making the Jamaica Constabulary Force a high-quality, professional service that is valued and trusted by all Jamaicans.

Owen Ellington is the commissioner of police. Email feedback to columns@gleanerjm.com.