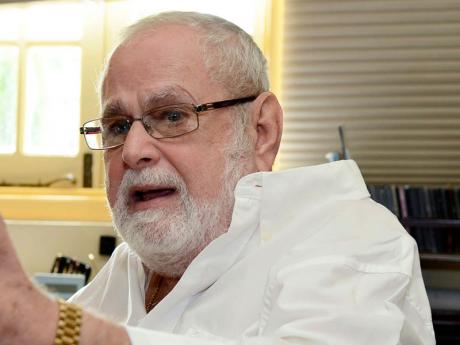 THE ST Catherine Parish Council has been accused of squatting for several years on lands in Spanish Town belonging to the Jamaica Railway Corporation (JRC) and resisting attempts to renegotiate a new lease agreement.

Chairman of the JRC Joseph A. Matalon said the corporation has for years made strenuous attempts to get the council to sign a new lease arrangement for the use of the bus park and taxi stand on Burke Road in Spanish Town.

The council apparently entered into a 40-year lease with the state-owned JRC, but the contract expired more than seven years ago.

"The St Catherine Parish Council is squatting on a piece of land. They had a contract with us. The contract has expired and they have refused to sign another contract. It's in the hands of the lawyers now and I think we have reached an agreement where we will sell that piece of land to the Parish Council," Matalon told The Gleaner.

"We have never been able to get the Parish Council to renew the contract with us at a current rate," the JRC chairman said, adding that the council was making 'pepper corn' payments.

When contacted, a senior official at the council did not deny claims that the council has been squatting on JRC lands but argued that the public benefited from the use of the property.

"Those are strong words and I am not going to defend it because if there is no contract and we are there ...," Michael Morris, secretary manager of the St Catherine Parish Council responded to the charge that the local authority was squatting.

"What Mr Matalon must understand is that it is a public good. In other words, it's a public place for the good of the public," Morris asserted.

In terms of the proposed sale of the property, Matalon said an agreement has been reached in terms of price but the council has to ratify it.

Morris told The Gleaner that negotiations were continuing regarding the sale of the bus park. He said the council would meet shortly to deliberate on the deal.

Meanwhile, the JRC chairman said the corporation has brought the majority of persons squatting on lands belonging to the entity on a rental scheme. "What we have done now is put in a collection system and broaden the net and are collecting money from others. We have also got everybody to have a contract that can be terminated within four weeks which allows us, in the event of divestment, to be able to turn over the lands in a short space of time," he said.