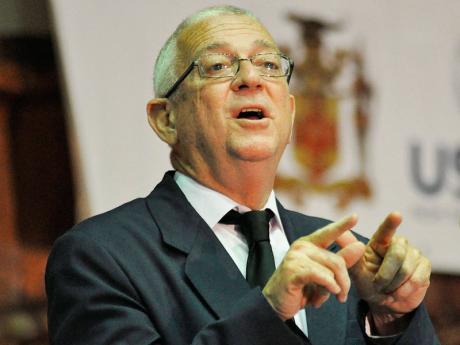 Education Minister Ronald Thwaites has indicated that more than 200 schools at the primary level are operating way below their capacity.

Thwaites told The Gleaner yesterday that these schools have less than 100 students on their register.

He was, however, unable to say the number of teachers that is distributed across these 200 schools.

The minister added that some of these schools are being looked at with a view to add infant departments to them.

Thwaites explained that teachers in these underpopulated schools receive the same salaries as those in schools that are overcrowded.

Some 80 per cent of the education ministry's budget is currently set aside for teachers' remuneration.

Statistics have revealed that more than 600 schools are operating below the national teacher-to-students ratio. The minister noted this further highlights why it is necessary for teachers to be redeployed, as this situation is untenable.

This situation, he said, is further compounded by the fact that teachers and school principals are often tenured and it would require a change in legislation to do this.

"The ministry has very little power when it comes to moving a teacher from one school to the next. This has to be largely voluntary," Thwaites said.

"Voluntary relocation where possible or it may have to be legislated, but we do not want to get to that stage."

The ministry has indicated that the redeployment of teachers already in the system would help the ministry to save some $223 million over the next two years.

When queried as to whether it would be more prudent to close a particular school with 18 students, and four teachers being paid full salary on a monthly basis, he said this is an option; however, it would be the last resort.

The minister said many of these schools serve their communities in different capacities and the public would not necessarily support their closure.

He said when persons look on and see 50 students in one classroom in some schools, it is not because there is a shortage of teachers in the system, but because they are poorly distributed.

"What we would really want to do is reorganise these schools but we are prevented by the tenured arrangements which still exist in 2014," Thwaites added.

"If we had the latitude to place teachers according to their skills and where they are most needed, then it wouldn't cost us anything.