JTB, Lennox Lewis get on board with Marley Bash 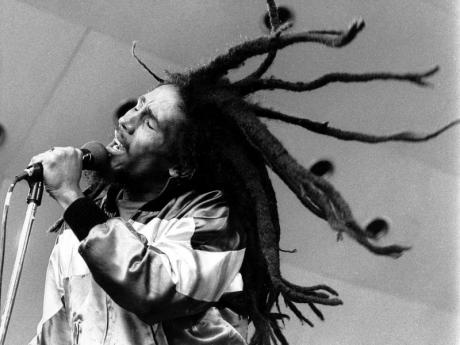 With the Jamaica Tourist Board (JTB) joining as sponsor for the first time and former world heavyweight boxing champion Lennox Lewis as its patron, the 22nd annual Bob Marley Birthday Bash, slated for the MXIII Lawn, in Negril, from February 1 to 6, promises much.

"We are delighted to have the JTB on board … after 22 years it is about time," said promoter Clive 'Cubba' Pringle during Wednesday's press launch of the event in Negril.

"Like in former years, we are expecting Bob Marley fans from all over the world to attend," he said.

With the JTB endorsement, a source of extra motivation and Lewis on board to add global star power with his former boxing kingpin status, Pringle is hoping to garner extra international attention and support.

"As a long-standing Bob Marley fan, I feel honoured to be the patron of the event this year," Lewis said.

"I will be doing everything in my power to help to market the event so that it will be an overwhelming success."

Like last year, the event will again feature the 'Mek A Jamaica' campaign, which aims at getting locals to showcase and sell their art and craft.

Only local products will be sold during the event, one of the signature observances for Marley's birthday celebrations each year.

The late reggae icon would have been 69 this year.

While no members of the Marley family will be performing this year, two individuals who have played a pivotal role in his life and in his music will be involved.

Reggae pioneer Lee 'Scratch' Perry, who reportedly helped to influence the direction of Marley's music, and reggae songbird Marcia Griffiths, who toured the world with him as a back-up singer, will participate.

"With the likes of Marcia [Griffiths], Lee Scratch [Perry], Bob Andy, John Holt, Luciano and Mutabaruka, among a host of other internationally known performers down to participate, I believe this could well be the best Bob Marley Birthday Bash we have ever had," said Pringle.

The event gets under way on Saturday, February 1, with a package dubbed, Tribute Night/Can-Jam. It will feature several Canadian reggae acts alongside a strong Jamaican entourage.

On day two, Sunday, February 2, which is labelled 'Punky Reggae Party', the action will revolve around four selectors reeling off foundation music via a sound system.

The selectors who will be on show are DJ Bones, Jah Wayne, DJ Jessie and Masters G.

On night three, Monday, February 3, fans will be treated to the popular 'Rastafari Nyabinghi Presentation', which will feature top-flight drummers from across the island. Renowned dub poet and radio personality Mutabaruka will give a special performance.

On night four, which is dubbed, Icons of Reggae, renowned reggae giants such as Scratch, Bob Andy and John Holt will grace the stage alongside the emerging Ali C and Orville Smith.

Bands Night is on day five and will feature the dazzling Raging Fyah, Kabaka Pyramid, Chronixx and Dubkor.