From Trinidad with love ... not quite 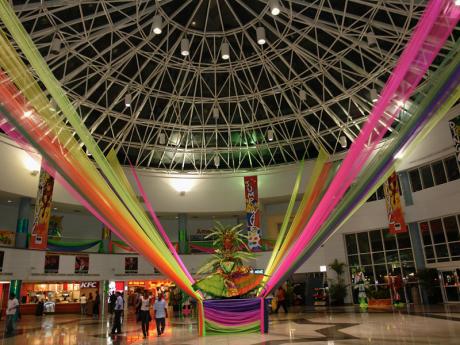 Riding for five hours in the back of the Caribbean Airways jet, I checked to make sure that I was wearing only one pair of trousers and underwear, and that I knew the name of the hotel at which I was staying.

Images of Shanique Myrie and her experiences in Barbados, the unlucky 13 Jamaicans whose Trinidadian experience was limited to an intimate tour of the interrogation room in Piarco Airport, and alleged taunting by Trini officials, flashed through my head. Then, the reported travails of Christopher 'Johnny' Daley, who said he and his spouse were humiliated like criminal suspects, solidified the basis for my trepidation.

But then, my fear was baseless; I am a University of the West Indies (UWI) academic and that means that I am employed to one of the true regional institutions. Therefore, long before the 1973 Treaty of Chaguaramas, signed ironically in Trinidad, we were a special category of creatures, like members of the West Indian cricket team. Simply put, a valid UWI identification card has always been a sort of 'passport' and the immigration and customs officers must understand that they have no justification to deny or impede our entry.

With that in mind, my ID was strategically positioned, and along with my 23 academic colleagues, who comprised at least two Trinidadians, a St Lucian, a German and a Canadian, we headed into immigration and customs.

After being cooped up into the 'route taxi' that stopped more times than a government project, the coterie with more than 100 degrees among us could predictably create heat in the place.

For me, it was initially an anti-climax, because the immigration officer, a female of Indian descent, was polite, though bland. As she asked the standard questions, I coolly stood there and answered her, collected my six-month stamp, then flirted with the less-attractive African customs officer, collected my luggage and went to wait on the shuttle. My money was now firmly on an incident-free entry into the land of Brian Lara, and around eight more of us walked through without a hitch.

Then, huffing and puffing, out came the second half of the delegation, who apparently caught the customs officer experiencing an epiphany, as she declared, "Oh, this flight camming from Jamaica!" She continued, "I hadda go scan all yu luggage." Earning the ire of all, but especially one of my dear friends, who is no pushover, the officer retorted, "All ya love complain too much," and declared that she was following instructions that all Jamaican luggage must be screened.

Then, to rub chutney and curry into the wounds, the female check-in agent, for my return, greeted me with stone-facedness, demanded my almost empty carry-on bag, after I answered that I had the little (less than three ounces) bottles of lotion and toiletries, tagged it and didn't extend the courtesies of telling me that she was going to check it in and sauntered off without giving me any kind of receipt for it.

Worse, after passing through security, where we did the routine removal of shoes, to expose the cheesy socks, and belt, to make me do an impersonation of my politician friend from the West, we sat at the gate and awaited boarding.

Behind the ticket counter, there was another security check, and my colleague was once again picked out along with a few others and given the magic wand. My suspicion was that it might be a recriminating step for the story on Tuesday, but it might be mere coincidence.

Nevertheless, there is no doubt that there is some targeting and profiling of Jamaicans. It is now akin to the American police, who disproportionately stop and frisk African Americans. Jamaicans have now become the 'undesired other', that category of persons stigmatised as being outliers and whose conduct is a threat to social order.

Still, after all the bile boiling up in my gall bladder and the deep sense of outrage which engulfed like a red, white and black straitjacket, I have to ask, is any of this baseless? We know that the data on criminality in the USA have an overrepresentation of black males. Is it because the police target them more? Or is it that they simply are more deviant? Are Jamaicans in any way associated with the crime wave flooding Trinidad, or are we mere scapegoats for a hapless administration drunk on power, but short on solutions? Or do we blame our governments for running Jamaica to a wreck, making little Trinidad 'tek step wid we'?

Now, the behaviour of the officer and agent is doubtless offensive, and the disclaimer that one was acting under instructions does not mitigate the offence. It was significant enough to report to The Gleaner and for us to discuss. While some of us were willing to treat it as the evidence of poor public-relations training, all of us, committed to the concept of regional integration and identity, shared by 'founding fathers' Trinidadian Eric Williams and our Norman Washington Manley, understood the potentially divisive impact of unwarranted discriminatory behaviour by nationals of the second most influential CARICOM country against those of the linchpin.

Any petty nationalism, whether from the minister of national security, commissioner of customs, or their underlings, will harm not only CARICOM, but Trinidad itself.

Nevertheless, most of our Trinidad-based colleagues and ordinary citizens we encountered did not approve.

However, be not fooled, there are segments of Trinidadian society, including people in Red House (the seat of Parliament), that hold insular views. Moreover, many Trinidadians don't like other Trinis, and the race/class divide is wide.

Unlike her predecessor and political opponent, Patrick Manning, Prime Minister Kamla Persad-Bissessar has not endeared herself to the region. Indeed, if she and her government are not mending the chasm between Indians and Africans, how can they prevent the CARICOM family feud?

Still, in all this, can you believe that my humble kidnapped Pullman was the only baggage lost on the flight? Hmmmmm!