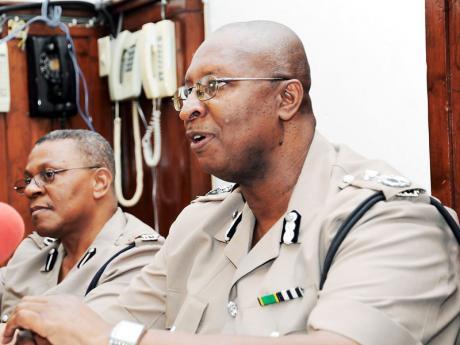 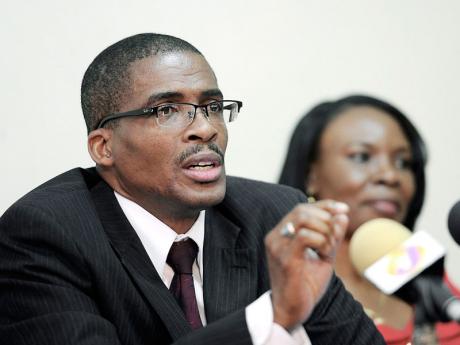 A RETIRED cop and a serving police officer have broken the unwritten vow of silence within the Jamaica Constabulary Force (JCF) to reveal how, they claim, cold-blooded killings are ordered by senior officers.
But Deputy Commissioner of Police Glenmore Hinds has rebuffed the claims relayed to The Sunday Gleaner, arguing that police personnel are sworn to uphold the law and that there are appropriate avenues for them to take if they are ordered to operate contrary to their duties.

“They (police) know their obligations. They know what the law is, and one would want to believe that if they get something that is contrary to the law, then they have recourses,” Hinds insisted, as he noted he was hearing the allegations for the first time. “There are a number of  independent bodies set up to investigate the police.”

Due to the sensitivity of their claims, the sources – one of whom spent four years in the JCF patrolling the streets of Clarendon before joining the Mobile Reserve; and the other now performs his police duties at a government agency after helping to maintain order in downtown Kingston for more than two years – asked that their identities not be revealed. Theirs are dark stories about condemned 'criminals', who they claim to know were killed at the order of senior police officers. These senior lawmen, they told The Sunday Gleaner, assign illegal guns - dubbed 'sweeties' in some circles - to the policemen, who place them on the dead men's bodies in order to corroborate pre-written reports of shoot-outs with the lawmen.

"That (police executions) cannot be done by any likkle policeman at any likkle rank. That has to be ordered [at a higher level]," explained the ex-policeman, who told stories of how he saw alleged gangsters executed in a rural area prone to migrating gangsters from Spanish Town, St Catherine, and its environs.

"If any likkle police try that, he is on his own when INDECOM (the Independent Commission of Investigations) and dem people deh start come down on him. If the (senior officer) order it, him know how him will take care of the report on the incident already," continued the ex-policeman, who asked that details of the actual events be kept off the record for fear that he would be identified and targeted by his former colleagues.

Such orders are passed down from the senior officers to squad leaders who plan the operations, usually carried out around 4 o'clock in the morning. That time is ideal, the ex-policeman said, as it allows police officers to report to duty around 11 p.m. and get some rest before suiting up for briefing.

Four o'clock is also the best time to surprise the criminals as they would have already retired to bed after a night of 'bleaching' and would have let their guard down, explained the former lawman. The briefing, he said, ends with about four or six policemen passing around a photograph of the targeted 'criminal'. After that, a triggerman is selected.

"The triggerman is somebody more experienced in it. Somebody who has gone on more than one operation. New people have to get their baptism still. But nobody 'licks out' on them if they don't want to do the shooting," said the ex-policeman.

INFORMATION PASSED ON TO INDECOM

Assistant Commissioner of Police Selvin Hay, who is in charge of the Anti-Corruption Branch, said while his office does hear such allegations, they are normally passed on to INDECOM because fatal shootings are more in the commission's remit.

"Although it can be considered corruption, INDECOM deals with fatal shootings and human rights. So most of the times those issues will be dealt with by them. We don't step into that," Hay said.

Horace Levy, a member of the Peace Management Initiative (PMI), was less hesitant to discuss the claims about police killings.

"I know that what [the police officer and ex-lawman] are suggesting happens," said Levy, noting that the matter of extrajudicial killings was a topic of discussion at the PMI's latest board meeting.

Unlike the ex-policeman, however, Levy said he believed many extrajudicial killings are carried out by teams of policemen who don't necessarily need the orders of their seniors.

"We know it happens. I know it happens. I have attributed some of it to death squads. There are groups of police who are unofficially doing the same thing on their own without any official direction, but what you are talking about is much worse," he said.