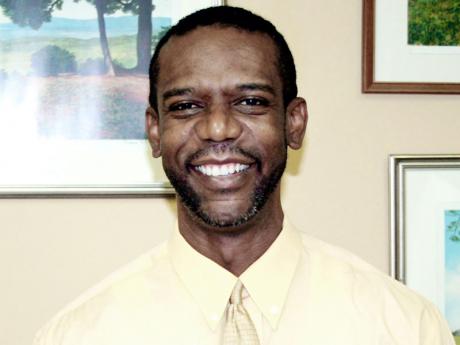 As the international donations pour in for one of the country's novel sporting teams, the Jamaica Olympic Association (JOA) yesterday announced that it will cover all transportation expenses for the island's bobsled team, after it was officially announced that it had qualified to next month's Winter Olympics in Sochi.

At press time, in just under 24 hours, US$68,967.52 ($7.3 million) had been raised through online crowd-funding platforms such as Indiegogo and Crowdtilt, and other well-wishers .

A Jamaican team led by returning three-time Olympian, Winston Watts, will be competing in the two-man bobsled competition, 12 years after the island's last bobsled appearance at the Winter Olympics.

The unlikely story of the tropical island qualifying a bobsled team to the Winter Olympics at the 1988 Calgary Games took on new life after the 1993 Disney film Cool Runnings, but after subsequent appearances in 1992, 1994, 1998 and 2002, the under-funded programme struggled, and failed to return to those heights.

Watts, in an earlier interview with The Gleaner, noted that the team was in need of close to US$120,000 to bankroll its trip to Sochi, pointing to transportation and accommodation, as well as the need for three sled blades as the main expenses.

President of the Jamaica Bobsleigh Federation, Chris Stokes, said that the team, which is completed by Marvin Dixon, Wayne Blackwood, coach, Thomas Samuel, and Chef de Mission and original 1988 team member, Nelson Christian Stokes, is overwhelmed by the outpouring of public support, while thanking the JOA for its assistance.

"The groundswell of support has been truly inspiring, with people from all over the world giving small amounts - $5 and $10 - through crowd-funding sites. It's a challenge to keep control and accountability with these sites, but their power to motivate a crowd around a single cause is truly revolutionary," said Stokes, who noted the Indiegogo and Crowdtilt sites as approved platforms.

Stokes added: "We have been in touch with and have arrangements with Crowdtilt and Indiegogo. All funds will go into our non-profit account in the US. We have also been collecting funds through the Jamaicabobsleighteam.com site via a Paypal link. We are in control of these funds. We just launchedoneonecoco.coto zero in on the Diaspora market."

In a release yesterday, the JOA noted its support of the Jamaican bobsled programme.

"The JOA, through its solidarity programme, has given significant financial assistance to the Jamaica Bobsleigh Federation, which has been used to enable the team to qualify for the Sochi 2014 Winter Olympic Games. All travel costs for the team from Salt Lake City (USA), Calgary (Canada) and Kingston, Jamaica, to Sochi are covered by the JOA and Sochi 2014 Organising Committee," the release read.

"As is customary, all local expenses, including accommodation and transportation, are met by the organising committee for the Games," the release added.