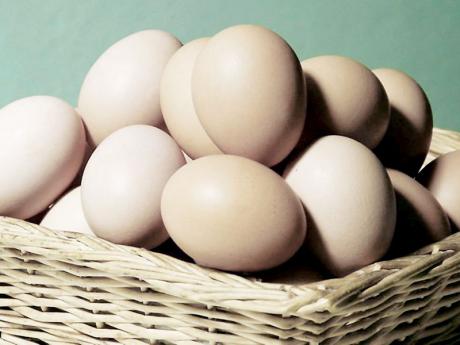 Panic buying has contributed to the current egg shortage facing the country, which has extended into the third week of January, according to Caribbean Broilers' Corporate Affairs Manager Dr Keith Amiel.

Consumers may have bought excess quantities of the product in anticipation of the traditional shortage of eggs during the Christmas period and immediately after the holidays, Amiel says, but adds that supplies should normalise by February.

The egg shortage has persisted despite the Jamaica Egg Farmers Association's (JEFA) predictions that the shortage would be eased this month.

"I think the phenomenon that we have been seeing over the last two weeks is not a shortage but panic buying," Amiel told Wednesday Business. "In other words, the housewife didn't see eggs anywhere in the week or two before Christmas, and now that she has seen them she takes them up in case it goes short again."

The traditional shortage of the product over the Christmas period "was a little stronger than anticipated" by local producers, said JEFA President Roy Baker.

"We had indicated that we were expecting a fairly tight situation with supplies, and that consumers might have the challenges of getting the eggs. What we in fact noticed in Christmas is that demand was stronger and the farmers were unable to provide an inventory of supply, so supply was mainly coming from the farms directly to the suppliers," Baker said.

Production is projected to have spiked in the fourth quarter, he said, but said that final confirmation data was not yet available. The Ministry of Agriculture, however, says local egg production was estimated at 27 million dozens in the last three months of the year, and was outpaced by consumption at 33 million dozens, or 11 million dozens per month. The ministry said consumption data for the month of December alone was not available.

Baker, too, said he had no data on the actual consumption of eggs in December, but said overall demand has been on the rise because of increased marketing efforts by producers.

"We have been doing a lot of promotions, particularly now that we have gone into the school-feeding programme with egg. Usually, the supply would come back on track fairly quickly after Christmas but this particular time we find that it is taking a little longer. We, however, have a clear projection that by the end of February supply will be back to normal," said Baker.

Amiel said CB added 200,000 birds around the Christmas period and would put another 100,000 layers in circulation in February .

"Come March, there will be a number of birds laying," he said.