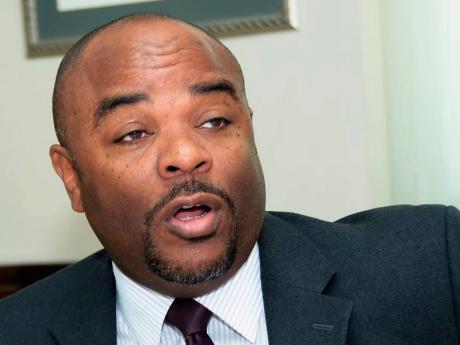 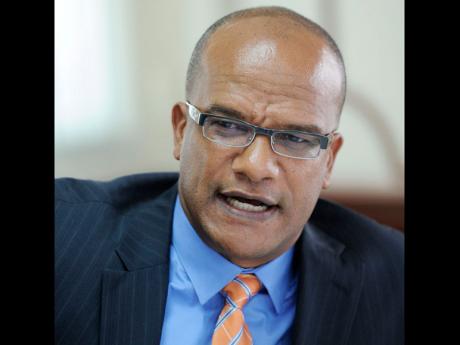 Terrence Williams, Commissioner of the Independent Commission of Investigations (INDECOM), said yesterday the wearing of a body camera by the police is not enough to engender public confidence in the police force, arguing that with the Jamaica Constabulary Force's (JCF) unenviable record in the use of deadly force, his investigators should be given all necessary investigative tools.

"Accountability is increased where misconduct is easily detected and can be addressed. A body-worn camera is one way in which misconduct can be detected. If it is combined with the proper protocols for its compulsory wearing and for its tape system to be examined and downloaded without tampering, it certainly can go some way," Williams said.

The INDECOM commissioner's statement follows an announcement by National Security Minister Peter Bunting that select units of the JCF will be outfitted with body-worn cameras as part of a pilot project aimed at improving transparency and collecting evidence of criminal activity.

"We are very happy for this, and we are looking forward to the other items to have a full slate for proper accountability because Jamaica's police have a high rate of fatal shootings and, with that high rate, there must be a high degree of accountability. Jamaica must be an example of quality accountability," Williams added.

Bunting, in making the announcement at the weekly Jamaica House press conference yesterday, said the Government of Jamaica is committed to reducing the level of crime and violence that has taken "a terrible toll on this nation".

"As part of this commitment, we will be taking all the necessary steps to ensure that the JCF becomes one of the most trusted and respected institutions in Jamaica," Bunting said.

But Williams said yesterday that achieving transparency would go way beyond the use of cameras. He said transparency requires that investigations of all incidents are facilitated and not hindered by the police. He reiterated his call for an established protocol which would allow INDECOM investigators to get critical information after an incident has occurred.

Bunting said yesterday that he was moving in the direction Williams has suggested. The minister said he has instructed Commissioner of Police Owen Ellington to complete and promulgate in the JCF's Force Orders within the next few weeks, protocols with INDECOM to address arrests, incident scene preservation and the primacy of INDECOM at such scenes, immediate notification of INDECOM in case of an incident, independent officer accounts and non-collaboration on the accounts of incidents and the submission of officers statements.

The instructions to Ellington follow a briefing Bunting received Wednesday from Williams on investigations into a number of alleged murders over a period of years in the Clarendon Police Division.

"The investigation of these alleged extra-judicial killings are at a sensitive stage, and I am, therefore, not able to say any more on this specific issue at this time. However, the administration views the issue of extra-judicial killings with the gravest concern and is committed to the police being accountable for their actions and that every use of lethal force must be independently investigated, explained, and justified," Bunting said.

Meanwhile, Williams told The Gleaner yesterday that the high level of police shootings requires special intervention and said the police support was needed in order to remove the veil of suspicion from over the force.

As it relates to the wearing of cameras by the police, Bunting said the project is to be rolled out in the second half of the year, following the engagement of a consultant. He said not only will the use of the cameras encourage JCF officers to act in accordance with the force's professional standards, but it will also create a record to protect JCF officers from unfair allegations of violations of JCF professional standards.

Susan Goffe, chairperson of Jamaicans for Justice, said yesterday that the use of cameras by the police was a step in the right direction but said there were many questions which needed to be answered. She said it could be counter productive if officers are required to turn on the cameras themselves as some persons may not follow this requirement.

Bunting has said the cameras will be switched on by the personnel on the ground and that there will be sanctions for failing to follow this guideline.