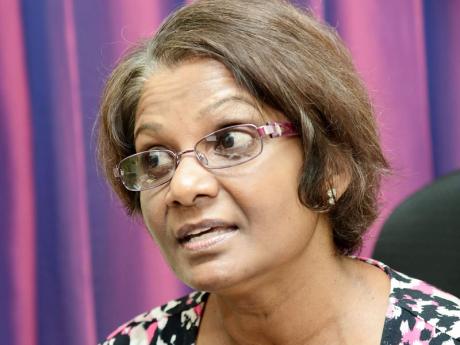 PRESIDENT OF the Realtors Association of Jamaica Carlene Sinclair revealed that real-estate activity was stagnant last year as realtors encountered a number of challenges that fostered apathy among property owners and potential buyers.

Among other things, Sinclair attributed the absence of a boom to the uncertainty of the economy and the reluctance of some sellers to accept compensation below their expectations. "There was a lack of confidence in the economy. Many buyers would play the wait-and-see game. People were not giving away their properties so, if they did not get what they wanted, they were not selling," she explained.

The decision of owners to sell was also determined by the rate of exchange of the local dollar to the United States dollar (USD). She explained that, although prices were listed on the local market in Jamaican dollars, property owners were quick to convert how much they would be getting in the USD.

If the converted USD figure was not satisfactory, then some property owners would express reluctance.

She also attributed challenges to the Government's one per cent increase in transfer tax and stamp duties last year which she said reduced the purchasing potential of some buyers.

The rates of stamp duty and transfer tax on properties were increased to four and five per cent, respectively.

"You push away a lot of first-time buyers when you increase the transfer tax and stamp duties. If you want to encourage real-estate development and stimulate growth in the market, you have to make it easier for them, and increasing taxes is just the reverse," she reasoned.

She highlighted that, when the Government reduced the interest percentage years earlier, more persons were able to purchase properties as they were able to afford deposits through their savings.

She warned that when the Government sanctions such increases, it is actually slowing down the number of transactions.