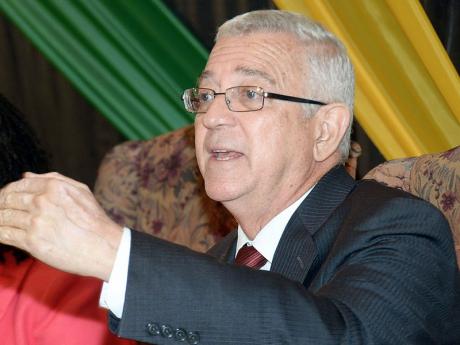 Education minister Ronald Thwaites yesterday said "the commodification of school children" under the guise of transfer of student-athletes will be replaced with a system which places academic reasons as the primary reasons for the movement of children from one school to another.

Thwaites last year undertook to put in place a policy governing the transfer of student athletes, saying the current system is characterised by "vulgar inducements" made to the parents and guardians of some athletes to attend particular schools. At the time, Thwaites argued that the net effect of the current 'buying' of student athletes has been to "weaken schools that are probably already weak and would go entirely against the policy that I have set out, which is that you must grow where you are planted".

Speaking at a Jamaica House press conference, Thwaites said that a draft report has been prepared for Cabinet, which is seeking to establish some principles on transfers.

"Transfers will happen between schools from time to time, but they should be first and foremost be for the benefit of the student's academic progress and not involve the commodification of school children which we have noticed and have been alleged even more than we can prove in many instances," Thwaites said.

Thwaites had named a committee to assist in putting together the policy and had reached out to the Inter-secondary School Sports Association (ISSA), which organises sports for high schools. The minister said that despite intermittent cooperation from ISSA, a final draft of the report is now ready.

"I trust that before Champs, we will be able to promulgate this after the consent of Cabinet," the minister said.