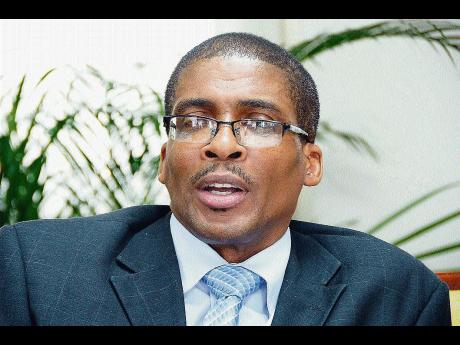 Head of the Jamaica Constabulary Force Anti-Corruption Branch, Assistant Commissioner of Police Selvin Hay, is warning members of the police force that his investigators are impartial to rank when probing cases of misconduct.

"We investigate corruption, and corruption is not confined to any rank," Hay said as he addressed journalists during a Gleaner Editors' Forum at the newspaper's North Street, Kingston offices last Wednesday.

He was responding to suggestions that, in recent years, only lower-ranked policemen were being arrested and charged with corruption.

"If it is a member of the constabulary [accused of corruption], no matter the rank , he is going to be arrested," Hay stressed.

While noting that he had only a day earlier testified against a police superintendent, who had been arrested on corruption charges, Hay sought to remind the public that only a small percentage of police personnel are considered among the senior ranks. This fact, he pointed out, has an impact on the ratio of senior police officers who would likely be accused of, or arrested for, corruption.

Hay declined to state the identity of the policeman on trial, but noted that the case was an example of his branch's resolve to hunt down shady lawmen at all levels.

Hay told The Sunday Gleaner that last year 109 persons were arrested for corruption. Of that number, 65 were policemen and women, while 44 were civilians.

Hay explained that while several officers might be arrested as part of an investigation, some individuals might become witnesses in cases, dependent on the ruling handed down by the Office of the Director of PublicProsecutions.