Jamaica can have its own logistics hub 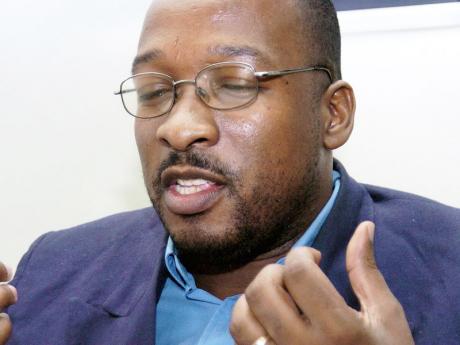 I love Jamaica and desire to see its people reach their full potential, individually and nationally. Jamaica possesses all the resources to take our nation out of its current economic situation.

I have always felt that the nation possesses tremendous resources and that there are some who want to rob the nation of its land, resources and wealth. Many of them already know the valuable resources that exist within our nation. The leaders over the years do not discern, but they also refuse to listen!

1) The Goat Islands Logistics Hub situation goes beyond environmental issues. If the Chinese are successful in acquiring the lands, it can be a gateway for serious problems ahead for the nation. There is nothing wrong with a logistics hub, but it must be owned and managed by Jamaicans; and Jamaicans have the capacity to do it.

2) How will the ownership of the Goat Islands by the Chinese affect the sovereignty, culture, religion and political system of our nation? Will their acquisition be the last straw that breaks the camel's back?

3) With the track record of the Chinese concerning public-health issues, and in particular air pollution - their treatment of the aquatic environment, in addition to their death tolls and treatment of the environment - won't that put our island and it's people at risk?

4) For every major investment, there must be clear business and strategic plans for the properties, and none have been put to the fore.Will we see more gambling, immorality and possibly a military base as a strategic place in the Caribbean? Will we see the imposition of visas for John Q. Public?

5) While we may not know the magnitude or nature of the agreement with Jamaica, considering the present economic situation as well as the environmental aspects, what will the monitoring mechanism be?

6) Isn't 'giving away' the Goat Islands also a matter of giving away our territorial rights? Jamaica is made up of several island masses. Will we see Negril, Lime Cay, the Pedro Cays and the Blue Mountains go? What is sacred in Jamaica? Shouldn't divestment of this magnitude be decided by the people of the nation by a referendum?

This is not the first time that a foreign entity has sought the rights to utilise one of the many cays that are part of the archipelagic boundaries of our maritime state. We should recall the illegal drilling for oil several years ago; clandestine attempts to scout for other precious minerals; and legitimate proposals for underwater exploration off the coast of Jamaica. Both legal and illegal attempts to gain access to potential resources within Jamaica's maritime borders indicate that this is a tremendous asset that ought to be carefully managed.

The current plans are part of a long spate of divestment, privatisation, rationalisation, fire sales, and other sales of important Jamaican assets with little, if any, benefits accruing to the people of our beloved country.

If we should take stock of some of the sales/divestment/privatisation:

1980s - Under a deal with the International Monetary Fund, the then Government sold all overseas assets belonging to Jamaica, including prime real estate held in New York, Toronto, and London.

Jamaica has sold off several state-owned businesses. These include entities such as sugar factories, and not only the national airline, Air Jamaica, but also the accompanying routes and the much-sought-after terminal access to London's Heathrow airport. The country will never be able to repurchase many of these assets. Today, all our treasured national symbols, including our money, passport and our flag, are manufactured outside of Jamaica.

The most recent proposal to lease or sell the Goat Islands is one that can only be described as ludicrous. We don't know what mineral resources exist there, but we do know there is great potential. Therefore, the only deal that could be acceptable is one that ensures a majority of funds or other proceeds from exploration would be retained in Jamaica; and funds that are removed should be sufficiently taxed to benefit the nation; and employment opportunities for both skilled and unskilled persons should weigh heavily in our favour, since we know the Chinese penchant for using their own mass workers in foreign projects.

What do we own? What will drive industry for the future? What sectors of production can we say we are proficient in? How will our people obtain gainful employment? What will sustain us as a country? If we continually rid ourselves of our most valuable resources and assets, we can only succeed in destroying the country. And when the camel's back is broken, our people shall surely perish.

Yes! Jamaica needs its own logistics hub! However, Jamaicans must also recognise that they can do it!