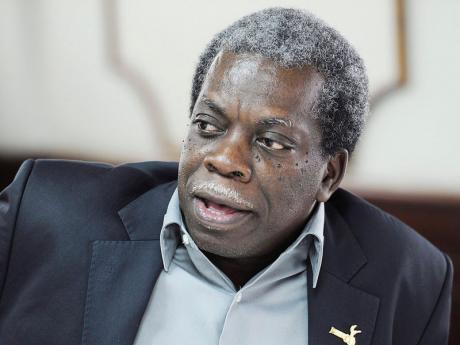 With several videos of schoolchildren engaging in sexually explicit activities surfacing online in recent times, questions are now being asked about what can be done to prevent the phenomenon from becoming more widespread.

However, indications from stakeholders are that the only real way to stamp out the practice is to educate parents and communities on how to become more vigilant.

Everton Hannam, president of the National Parent-Teacher Association of Jamaica, said parents are largely to blame for the rampant sexual activities in which teenagers are engaging.

His declaration came after video clips emerged online of young girls, from two Clarendon schools (there are reports that up to five schools could be involved), engaged in sexual activities with each other and an adult male.

The Ministry of Education said late yesterday evening the male in the videos had been identified and investigations were being carried out.

Children's Advocate Diahann Gordon Harrison said an inquiry was being conducted into the activities surrounding the tapes.

Gordon Harrison said personnel from her office were dispatched to the schools yesterday to gather information to determine the most appropriate way to deal with the students, parents and the school administration.

According to the children's advocate, a public education campaign is what is really needed to stem the tide of teenagers engaging in sexually explicit activities on camera.

She said the situation becomes a bit more cumbersome to handle when youngsters involved are not coerced into making these videos.

Gordon Harrison argued that points to a lack of self-esteem.

"It's a little bit hard to pinpoint a specific way [to deal with this issue] because there is no magic switch. You are really depending on the persons to recognise what is appropriate and is inappropriate," Gordon Harrison said.

This is where Hannam said parents must become more active in their children's lives and pay more attention to their whereabouts and what they are being exposed to.

"Significant emphasis has to be placed on the things parents allow their children to be exposed to at an early stage," he argued, adding that children are being sexualised through the media and parents must act as a filter.

Education Minister Ronald Thwaites is calling for a more holistic approach, which he says must involve all the agents of socialisation, including the Church, schools and community organisations.

He said this should also be followed up with ensuring students are attending school when they should.

"We have to ensure that we have full attendance at schools and that students are not left to themselves for long periods," the minister said.

He added that, based on reports he received, at least one of the latest videos was recorded when students were locked out of a particular school for late attendance.

Thwaites said emphasis would also have to be placed on educating students on how to respect themselves on and correct norms of sexual behaviour.