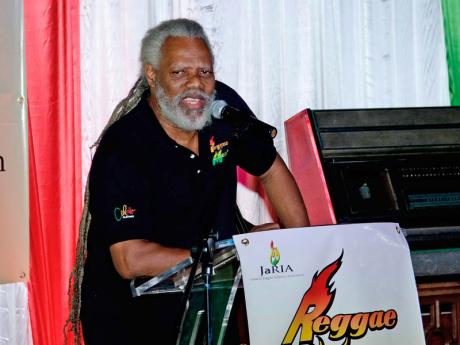 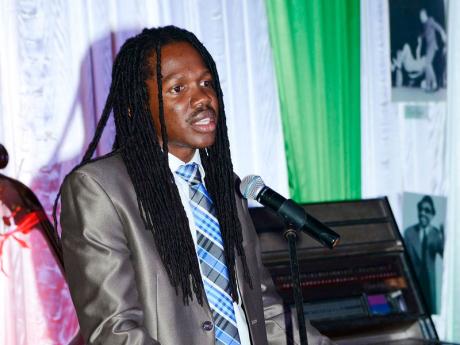 Minister of State in the Ministry of Tourism and Entertainment Damion Crawford speaks at Tuesday's official launch of Reggae Month 2014. 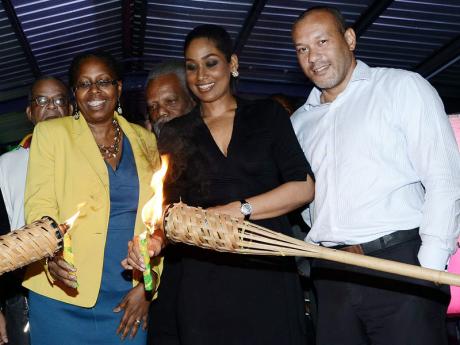 Reggae Month officially kicks off on Sunday, February 2, with an ecumenical service at the University Chapel, at the University of the West Indies, Mona. According to chairman of the Jamaica Reggae Industry Association (JaRIA), Ibo Cooper, this year the month-long festival has moved from "strength to strength".

According to Cooper, reggae was born from the vision of youth who lived in Jamaican inner-city communities and is now a recognised global product. He told the audience at Tuesday's launch, held at the Louise Bennett Garden Theatre, Hope Road, St Andrew, that more emphasis should be placed on developing Jamaica's human resources.

"With a little vision, we can support these young people who have ideas, but might not have money. They are talented and do not deserve to go to the places that were built by Governor Eyre after the Morant Bay Rebellion. Reggae music came to show you that these youth, given a little opportunity, can create great things," he said.

He also said February is not usually ideal for tourism, but both the King (Bob Marley) and the Prince (Dennis Brown) of reggae were born during the month, hence the decision to make February reggae's month.

Cooper believes Reggae Month, with effective promotion and support, can transform Kingston into a major tourist destination during February.

"We have to make it fit. We have a situation where we are looking at Kingston as a tourist destination in February, so give thanks to reggae and we are looking to fill the hotels with the lovers of reggae music," he said.

During his short speech, Tourism and Entertainment State Minister Damion Crawford concurred with Cooper's take on the potential of Reggae Month to pull in visitors during February. He said Reggae Month is part of a bigger plan being spearheaded by the tourism ministry to use Jamaica's music to drive tourism instead of relying only on the country's natural resources - sand, sun and sea.

"We are trying to come together with all the promoters associated with Reggae Month to put forward what we call Kingston for February. We want to use entertainment to reposition Kingston in a way that persons can see that Jamaica, in totality, is a destination for attention and for visitation," he said.

Crawford said unlike the situation in Kingston, hotels in Negril, Montego Bay and Ocho Rios are full in February. However, there are plans in motion to direct some of the tourist traffic to Kingston, using entertainment to substitute for the beach as an attraction. The minister says he wants at least 10 per cent of the supporters of the Rototom Festival, held in Spain during August, to support Reggae Month.

Crawford said his team executed Reggae Month promotions in Canada, as well as Florida, Chicago and New York, and he is now waiting to see if the labour will bear financial fruit.

This year marks the fifth staging of Reggae Month.