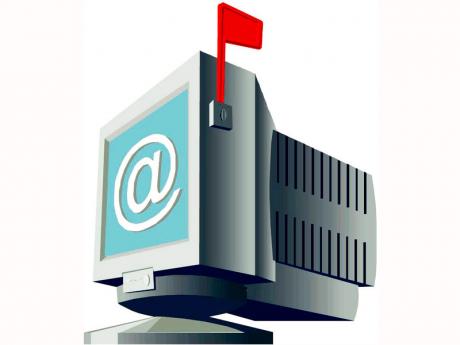 If you have ever dealt with executives who couldn't manage their email effectively, you may have been right to wonder how they function.

The short answer might be that they are a relic of a time when the Internet did not exist, but for up-and-coming professionals, the requirements are much different; dealing with a high volume of email is becoming a required skill, rather than a nice-to-have option.

In years past, it was impossible to gain a position as a secretary without the ability to type at a particular speed. Each job included a minimum words-per-minute standard, verified by a typing test.

The time is fast approaching when there will be a new requirement in the executive suite. Soon, a top candidate will be required to effectively handle a minimum number of email messages per day before he/she is even offered the role.

Today, of course, no such standard exists. In fact, I don't know of a single company in Jamaica that takes into account actual measures of time-based productivity before promotion. The results of this particular oversight are everywhere, however.

If a manager, executive, or board member has ever offered you an excuse such as: 'I'm not good at email', or 'Don't send me email, as I'll never see it', or 'I get too much email, write me a note or call me instead', you can be sure that you are dealing with someone whose skills simply have not kept up with their responsibilities.

The same is true if email sent to them disappears without a trace - as if it never existed. Oftentimes, to cover up their lack of skill, they'll pretend it isn't sitting in their inbox, unread.

Don't blame them, however. They probably learned to use email late in their careers, when email volumes were low and their computer announced: 'You've Got Mail'.

Some still view email as just a fast alternative to the mail room - something else for their secretary to deal with. They continue to dictate 'e-letters' with signatures, while requiring someone to print out every incoming message.

Today, these techniques no longer work: the average North American professional receives over 140 messages per day. However, the problem is much deeper than it appears.

Recently, I explained to a vice-president who complained about these symptoms that she actually had a time-based productivity problem. Here's why:

1. Email volumes aren't as important as she imagined.

Strangely enough, the number of emails received is not a problem for those with high skills. They realise that the total number of messages sent to them is irrelevant, and out of their control.

Instead, they pay attention to two things: the time it takes to process email; and the demands on their time triggered by the contents of each email.

They actively minimise processing time by upgrading a host of human and automatic filters, cutting the number of messages they accept. For example, the number of email subscriptions they receive is kept at a bare minimum.

Daily, they also set aside time to scan email for triggers of future action. These triggers are all-important, as they indicate how much time is needed to commit to certain tasks.

What's important is not the number of messages, but the total number of triggers. Her attention was on the wrong measure: it needed to be shifted to triggers and commitments.

2. Her complaints showed a lack of understanding.

Like many others in the executive suite, she longed to return to an age when she received only a few emails each day. She also blamed the fact that she had fallen behind on "not having enough time".

These complaints belie the reality: email volume is in-creasing, while the 24 hours we're given remains fixed. Behind her complaint was a common fear that, in the future, the only way to cope would be to keep sacrificing personal time to do more work.

A better approach would be to understand the source of her problem: her capacity to manage time demands simply had not expanded fast enough to keep up with her evolving position.

Armed with the right understanding, however, it isn't hard for her to gain additional capacity without paying an exorbitant personal price.

While her company could do much more to help her improve these skills, she needed to stop comparing herself against her peers and instead, look to world-class standards.

Companies that assume their professionals should be able to simply teach themselves ad-vanced skills, or pick them up from their peers, do themselves a disservice.

When the problem remains fundamentally misunderstood, only the right insights can make a profound difference.

Francis Wade is a management consultant and author. To receive a document with a Summary of Links to past columns, or give feedback, email: columns@gleanerjm.com.