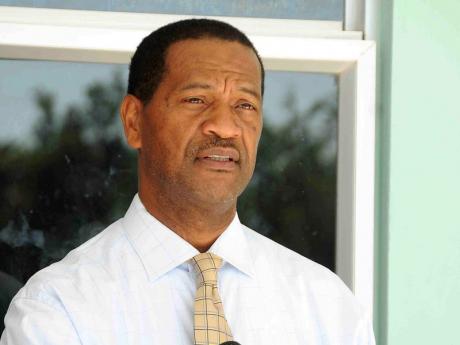 A pre-feasibility study on the prospects for hydropower generation from five of Jamaica's rivers has indicated the country could nearly double the existing hydropower capacity if investors tap four of those sources.

The study, conducted by SP Studio Pietrangeli, an Italian consulting engineering services firm, on behalf of the Petroleum Corporation of Jamaica (PCJ), found that the Rio Cobre in St Catherine, the Negro River in St Thomas, Martha Brae River in Trelawny and Spanish River in Portland could generate as much as 67.7 gigawatt-hours annually and represent viable options for providing affordable renewable electricity to the national grid.

The study found that the four waterways have the combined potential generating capacity of more than 25 megawatts (MW). Hydropower currently accounts for 30MW of installed capacity on the national grid.

"Preliminary capital cost estimates and financial analyses from the pre-feasibility study suggest that the schemes could provide energy to the national grid at costs ranging from J$8.48 to J$13.25 per kWh," Winston Watson, acting group managing director of the PCJ, said in response to questions from The Gleaner yesterday.

"On the strength of findings from the initial assessment of the technical, economic and financial viability of each site, along with the social and environmental impacts and risks of the projects, full feasibility studies are in progress for the four rivers," Watson said.

The study found that the Morgan's River in St Thomas would require high capital costs for the start-up of a hydro plant. The study also cited a lack of suitable access roads and recommended that the waterway not be subjected to further exploration.

SP Studio Pietrangeli was last year awarded a contract valued at J$109 million to do pre-feasibility and feasibility studies on the five rivers.

The study of the rivers is being executed as part of the Government's strategy to broaden Jamaica's energy-supply options by infusing more renewable sources such as wind, solar, hydro and biofuels. Jamaica spends an average of US$2 billion annually on imported fuel oil, which is used to generate approximately 92 per cent of electricity on the island.

At present, wind provides the greater portion of renewable energy to the national grid, accounting for 41MW of installed capacity in the 900MW national grid.

The National Energy Policy stipulates that at least 20 per cent of Jamaica's energy supply must come from renewable sources by 2030.

The Jamaica Public Service Company (JPS) currently provides all hydro-power to the grid, operating nine sites. The majority of the wind (38MW) is provided by Wigton Windfarm, while JPS supplies 3MW.

The construction of a 360MW power plant is central to the Government's push to reduce the cost of electricity.