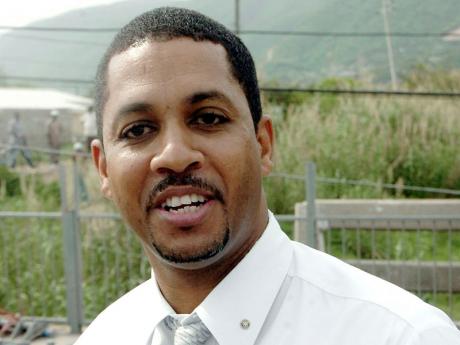 Robin Levy, deputy general manager of the Jamaica Stock Exchange (JSE), says the organisation is pushing to increase earnings from non-core activities to at least 30 per cent of total revenues, as the JSE seeks to reduce its vulnerability to fluctuations in earnings from core operations.

Revenue from trustee and registrar services, and a new corporate services business line to be added by year end could bring in as much as 40 per cent in additional income in the medium term, Levy said last Thursday. He is also predicting a resurgence of investor interest in the stock market in 2014, particularly with interest rates at their current low.

"We expect that with strong fundamentals, interest will return to the JSE, especially with low interest rates," he said.

If the stock market rebounds, higher trading levels will be reflected in better revenue flows.

The Bank of Jamaica (BOJ) said the weak performance of the equities market mainly reflected low investor interest due to continued uncertainty about the prospects for the economy. For the quarter, average monthly returns on domestic fixed-income and foreign-currency investments exceeded the returns on equity investments.

Levy said registrar, trustee and corporate services represent leveraging of infrastructural capacity which is already in place to "open new business lines and diversify revenue so as not to depend solely on revenue from the stock exchange".

The registrar operations of the JSE are now the largest in the market, earning annual revenues of J$50 million, he said. Other service providers in this niche include KPMG. NCB Nominees exited the market when the subsidiary of the National Commercial Bank Group was shuttered in January. Registrar services, Levy said, is a logical extension for the Exchange.

"We have the majority of the information used in the process."

The JCSD maintains the certificates physically in its vaults, record the movement of securities, and will debit or credit a participating firm's position through a book-entry computerised system. The JCSD shortens the settlement cycle.

He said that a similar function is done by the JSE for local unit trusts.

The new corporate service to be offered by year end is again a logical extension of the business of the Exchange.

"We will be maintaining share registers and ensuring that filings are done on time. Legal filings will also have to be made," said the deputy general manager.

Levy said the JSE has made no new financial commitments for expanding non-core services in 2014 as the infrastructure is already in place.

"It will take time, energy, effort and marketing," he said, not money.

It is hoped that the JCSD trustee services will bring in between J$25 million and J$30 million this year, and corporate services, when fully operational, will pull in between J$10 and J$20 million.

Up to November 2013, JSE revenues totalled J$290 million with a projection of J$320 million for year end. Last year's accounts are currently being audited.

Commenting on the slow response to listing on the United States dollar market, Levy said, "Everybody is in a wait-and-see mode. In the meantime, all we can do is build out the platform and develop infrastructure for them to use."

The JSE, over time, has invested in developing infrastructure in support of diversified investment products, but the market has been slow to respond. There are only two listings on its bond market and only one company, Proven, has listed on its US dollar market.

"Many companies have problems with filings because of the state of their records and tax issues," Levy explained. However, for those companies which are already listed, it should be an easier decision.

Notwithstanding the decline in the main index, the BOJ noted in its latest report that market activity indicators for the review period improved relative to the June quarter. Specifically, the volume of stocks traded, value of transactions and the number of transactions increased by 22.6 per cent, 66.2 per cent and 5.4 per cent, respectively. This compared to respective declines of 10.3 per cent, 40 per cent and 6.5 per cent in the prior quarter.